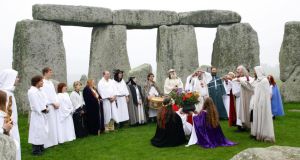 The Irish people “have, to all intents and purposes, become pagan” in the opinion of “a substantial number” of Ireland’s Catholic bishops and some priests, a new report from the Association of Catholic Priests (ACP) has said.

It said “there seems to be a substantial number of bishops, and some priests, who believe that the problems we are facing are not due to any difficulties in the Church or with the priesthood, but are caused by a lack of faith in the people.

“The people, they told us, have bought into the evils of materialism and consumerism, and don’t have time or interest in faith any more. They have, to all intents and purposes, become pagan. And they believe that ‘evangelisation’ is the answer.” But “there didn’t seem to us to be any practical ideas, or indeed energy, around how this evangelisation could be progressed,” it said.

The meetings followed the refusal of the Irish Episcopal Conference to meet the association. Instead, the bishops suggested the association meet priests’ councils in each diocese.

In a report on its meetings to date, the association said that in all cases, except one, the bishop of each diocese attended the meetings and in that one case timing meant the bishop could not attend.

As regards the economic situation, “priests told us that they are slow to preach about it because it is hard to say anything without straying into the political realm, and most priests try to stay away from that”, the report said.

“Almost every priest we met agreed with us that the New Missal is very unsatisfactory, and a hindrance in the proper celebration of the Eucharist. One or two bishops tried to defend it, but most also agreed that it was not a good development.”

At the meetings, the association also “highlighted the fact that that there are now sufficient numbers of false allegations against priest to cause concern.”

Where the association itself was concerned, it said there was praise for its work in supporting priests. “But there were also individuals (and in a few cases more than individuals) who were critical of us, seeing us as ‘darlings of the media who want to destroy the church’, and being a cause of division.”