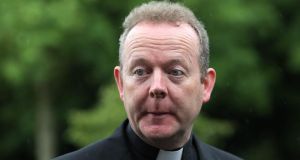 Catholic primate Archbishop Eamon Martin has said the Catholic Church felt a sense of “bereavement” following the result of the same-sex marriage referendum.

The Vatican secretary of state, Cardinal Pietro Parolin, called the result of the Irish same-sex marriage equality referendum a “defeat for humanity”.

“One of the difficulties of the debate was that we had two parallel discussions going on. One was about the meaning of marriage and the other was about respecting gay people and showing tolerance,” he said.

“I think what Cardinal Parolin was expressing was our deeply held conviction about the meaning of marriage,” Archbishop Martin said.

“He said three things. He said, look, I’m saddened by the result which I think a lot of people in this country are also. He said this isn’t just a defeat for Christian principles, it’s a defeat for humanity.

“ I think what he was trying to do was express the loss that has occurred here and we do feel it’s a loss. Something very unique and precious has been lost. That’s not in any way to say that there are not a lot of people who were very happy with the result, and we could see that on the night of the result.

“I think what the Cardinal was trying to do was express that sense of loss, bereavement even,” the archbishop said.

When asked if he thought the Yes vote represented a setback for the church in Ireland he said: “I do want to affirm people who took what was a courageous decision to speak up for the union of marriage between a woman and a man in this country and also those who voted very sincerely believing that it was for the common good that we should keep the unique and special relationship of a man and woman in marriage.

“Many people were quite conflicted about voting. . . . In some ways some people were very quiet that they were indeed voting No, and I have received alot of letters and mails from people since the result.”

He said some people are “disappointed and saddened” by the vote.

“I’m very grateful for them following the advice of their priests and their bishops and the church in voting No. None of these people were voting No to be offensive or bigoted or homophobic,” he said.

When asked if he thought result of referendum meant the church had been reduced to irrelevance, he said: “Certainly not. I don’t think three-quarters of a million people is irrelevant.”