Some research ‘outdated and contrary to position of professional psychological bodies’ 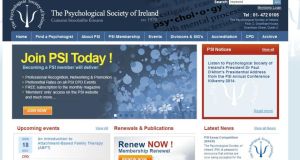 The Psychological Society of Ireland (PSI) has warned against some academic material appearing in the debate on marriage equality which it believes has the potential to impact detrimentally on people.

Its president Dr Paul D’Alton said he was seriously concerned about the inappropriate use of psychological research which was contrary to the positions of professional bodies around the world.

Some, he said, was “outdated and contrary to the position of professional psychological bodies such as the world’s largest representative body of psychologists, the American Psychologists Association (APA)”.

He said the APA and other organisations had “concluded that there is no scientific evidence that parenting effectiveness is related to parental sexual orientation”.

“That is, lesbian and gay parents are as likely as heterosexual parents to provide supportive and healthy environments for their children,” he added.

Referencing guidelines drawn up by the society, Dr D’Alton said “empirical studies have failed to find reliable differences between the children of same-sex and heterosexual couples with regard to their gender identity, gender role behaviour, sexual orientation, mental health or psychological and social adjustment.”

The use of psychological research should also command great care in cases where it was related to vulnerable groups or people, the society said.

“Research can have far-reaching implications, especially for the many children of gay parents, and the lesbian and gay adolescents and families who are at the centre of the marriage referendum.

“These young people are so sensitive to what they hear from friends and media. Debate and conversation are absolutely essential, but psychological research must be accurately represented.”

The debate itself carried the potential to have detrimental effects, both psychological and emotional, on adults and children, the society warned.