Analysis: Just two people have been convicted of the crime since it was made illegal in 1990 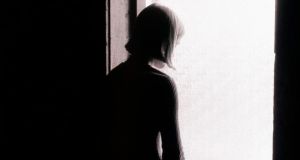 The man sentenced yesterday to 10 years in prison for raping his wife is just the second individual convicted of the crime since marital rape was made illegal in 1990. File photograph: Getty Images/iStockphoto

The man sentenced yesterday to 10 years in prison for raping his wife is just the second individual convicted of the crime since marital rape was made illegal in 1990.

Another man was successfully prosecuted for raping his wife in 1997. He was convicted in 2002, but the conviction was quashed by the Court of Criminal Appeal in 2004 and a retrial ordered.

The man was convicted again at the Central Criminal Court in 2006.

“Certainly what we are seeing in terms of calls to the helpline and counselling sessions is not reflected in the numbers before the courts,” she said.

“So much of a criminal case involving sexual violence depends on the evidence of both the victim and the perpetrator, and establishing whether the sexual activity was or was not consensual.

“Even forensic and DNA evidence may not be much use. And you also have to recognise the right of the person accused to mount a full defence.”

In many ways, Blackwell said, the closer the relationship of the victim and the perpetrator, the harder it can be for the victim to report an assault.

“These may be people who have shared everything together, including their bodies.

“The breach of trust is so deep it can be difficult for the victim to even understand what has happened.”