Ireland once again the most generous nation in Europe 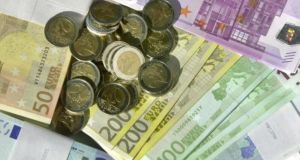 In Ireland 70 per cent of people donate money to charity

Even in times of crippling austerity, a global survey has found Ireland to be the most generous nation in Europe and the fifth most giving in the world.

Our altruistic nature was measured across three categories in the World Giving Index 2013: direct donations to charity, volunteering personal time and helping strangers.

Although Ireland has dropped from its previous position as the second most generous nation on the planet, it is the third consecutive time we have topped our European neighbours.

The results were welcomed by Volunteer Ireland who noted Ireland’s enduring capacity for generosity in spite of a turbulent economy.

Chief executive Yvonne McKenna said: “The research highlights the remarkable generosity of spirit that continues to thrive in Ireland throughout difficult times.

“Connecting with people is something that is inherent to our culture in Ireland, and this is reflected in the statistics.”

Of particular interest, Volunteer Ireland said, was the recorded 3 per cent national increase in the number of people giving up their time for good causes, bringing it to 37 per cent. That was particularly so among the over-50s.