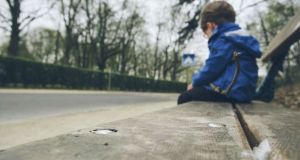 The Irish Deaf Society is calling for the recognition of Irish Sign Language as an official language. Photograph: Thinkstock

Minister for Children James Reilly was challenged on his knowledge of child poverty rates at a United Nations committee today.

Addressing the UN Committee on the Rights of the Child in Geneva, Dr Reilly said child poverty and family homelessness were the two most important children’s rights issues in Ireland.

The Minister is leading a delegation of senior civil servants and legal advisors before the committee as Ireland is examined on its compliance with the Convention of the Rights of the Child. The state was last examined by the committee ten years ago.

In his opening remarks Dr Reilly said: “Family homelessness and child poverty, are, correctly the major challenges that are very much in the public eye... Despite our efforts to redirect support to protect the most vulnerable children and families the fact is that in 2014 one in 12 children lived in consistent poverty.”

Rapporteur for Ireland, Norwegian commissioner Kirsten Sandberg, questioned the claim that one in 12, or 8 per cent, of children were in consistent poverty.

“It is my understanding that the level of consistent child poverty last year was one in nine,” she said.

According to the most recent statistics for 2014, published by the CSO last year, the rate of consistent poverty among children up to the age of 17 was 11.2 per cent.

Dr Reilly, in response, said the Government was “very concerned about the number of children in consistent poverty”.

Referring to the recession and the 2008-2013 bail-out programme, he said: “It is important not to underestimate the magnitude of what engulfed our country”. He said 330,000 people had lost their jobs and referred to the “impact that had on our society”, adding the best way for a family to escape poverty was for the head of the household to have a job that paid more than welfare.

Jim Walsh, principal officer on child income policy in the Department of Social Protection, said throughout the crisis child welfare rates had been maintained at one third the rate of adults’.

The Government delegation faced questions on a wide range of issues, particularly on how the rights of Traveller and Roma children, non-Christian children, children in direct provision and homeless children, were or were not being protected.

Committee chair, Gehad Madi from Egypt, asked about how the religious patronage of more than 90 per cent of schools impacted on non-Christian children.

Acknowledging the divestment process, he said there was a “problem” with implementation.

“This is a big problem for parents who like to enrol their children in non-denominational schools and who cannot find the right school in their communities. We understand also religious education is part of the curriculum of many schools.”

He said many child asylum seekers had spent “the whole of their childhoods” in direct provision centres.

“This was a concern raised by the UN Human Rights Committee in 2014.

“Also, I understand the weekly payment to children has just been raised by €6, to be all-in-all €15. This is still below par and it would be a wish that it be increased very soon.”

Ms Sandberg said the level of child homelessness was “now at a crisis” and “worse than ever” in Ireland. She had been told emergency accommodation was often in “bad condition” and long distances from children’s communities.

“Why is it not possible to provide something more permanent?” she asked.

A number of members asked about the situation of Traveller and Roma children.

Among the issues raised were the continued failure of local authorities to provide adequate accommodation for Travellers, infant mortality rates three times the rate of those among infants in the general population, barriers accessing pubic services and huge cuts to educational supports for Travellers.

The fact Travellers have not been recognised as an ethnic group, over a year since this was first promised by Minister of State Aodháin Ó Ríordáin was “confusing” for the committee, particularly given that the Government voted against a motion on the issue in November 2015.

The Irish delegation was asked what the Government’s true position was on this.