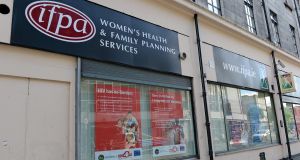 The number of women aged over 44 who sought counselling for unplanned pregnancies from one family planning charity last year more than doubled, its latest figures show.

The Irish Family Planning Association (IFPA) annual report published on Tuesday revealed 50 women living in Ireland in the over 44 age group looked from help in the last year.

It was an increase of 31 compared to the previous year.

IFPA chief executive Niall Behan said there was no particular explanation for the large increase.

“Very often they (older women) consider their family is complete, they think they’ve reached the menopause, not expected to have children again and stopped using contraception.”

The report also highlighted an increase in women aged over 50 coming to the clinics for sexual health services, including sexually transmitted infection (STI) screening and menopause check-ups.

Mr Behan said the push to publicise the fact that all women aged 25-60 could avail of free cervical screening early this year encouraged use of these health services.

“Also, older women, particularly going into a new relationship before it becomes sexual relationship, they are going for STI screenings. There’s a more pragmatic approach to it,” he said.

A total of 2051 tests for sexually transmitted infectons were carried out last year. Genital Chlamydia and gonorrhoea account for the majority of STIs in Ireland.

Mr Behan said the audit showed a major problem for women continued to be the cost of contraception.

“While access to comprehensive and affordable sexual and reproductive health care is a right of every person, cost remains a major barrier. It really needs to be addressed,” he said.

“Contraception is one of the things women forgo then money is tight. It is important that health providers such as the IFPA that operate on a non-profit basis at primary care level are sufficiently resourced to be able to continue to provide services.”

The figures are based on an audit of the association’s counselling services during the 12-month period before September 2014.

The high demand for post abortion services continued this year at 45 per cent of all counselling clients.

The report showed over the past 12 months 26 asylum seekers or women with travel restrictions accessed its counselling services and indicated they wanted an abortion. But they were unable to travel abroad to access a termination.

Of the migrant women it saw who were unable to travel abroad, at least five continued with their pregnancy and parented against their wishes.