Debtor gets substantial write-off of debts 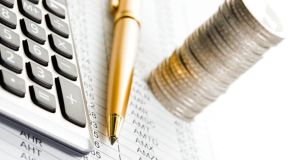 Three of the country’s major banks were involved in the arrangement, provided for by new legislation, along with three other creditors.

A Donegal civil servant has become the first person in the country to have a debt settlement arrangement agreed by his creditors.

Three of the country’s major banks were involved in the arrangement, provided for by new legislation, along with three other creditors. They voted by a sufficient majority, though not unanimously, to accept the settlement proposed.

While the level of debt written off has not been disclosed, the man’s personal insolvency practitioner, Ronan Duffy of McCambridge Duffy, said reports of a 70 per cent write-off were wrong.

He said that figure would create “unrealistic expectations” among other debtors. “The write-off is substantial, but it should be noted that the debtor is paying back what he can afford and this will vary from case to case depending on income and any assets,” Mr Duffy said.

In October, Monaghan Circuit Court granted a protection certificate to the Donegal man for 70 days to allow him to come to the arrangement. His case will now be referred to the Insolvency Service of Ireland before going back to the court for final approval.

The debtor’s name will then be placed on a register held by the insolvency service. His debts will be settled over a five-year term and, if his circumstances improve over the term, he will be required to pay more than currently agreed.