Diamond Innovations to close Dublin plant with loss of 79 jobs

Company has operated in Ireland since 1981 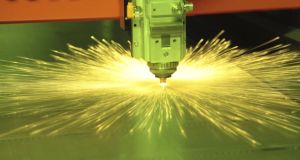 The company said that following a strategic review, it proposed to consolidate all Dublin-based production at its headquarters in Worthington, Ohio, US.

Diamond Innovations Ireland is to close its Dublin plant by the end of September with a loss of 79 jobs. The company, which is based in Clonshaugh business park in north Dublin, has been in operation in Ireland since 1981.

In a statement, the company said that following a strategic review, it proposed to consolidate all Dublin-based production at its headquarters in Worthington, Ohio, US.

This would be done over a number of months, with the Dublin plant ceasing production at the end of September.

The company said there would be a 30-day period of discussion and consultation with employees and their representatives regarding the impact of the announcement.

The Dublin company is a subsidiary of Sandvik AB, a high-technology, engineering group with representation in more than 130 countries.

Sandvik AB specialises in materials technology and produces tools for metal cutting and for the mining and construction industries, as well as stainless materials, special alloys, metallic and ceramic resistance materials and process systems.

He said management was aware of the impact the decision would have on employees and the company would endeavour to provide support and assistance to all those affected over the next few weeks and months.