Corporate Ireland and wealthy should give more, says Clinton 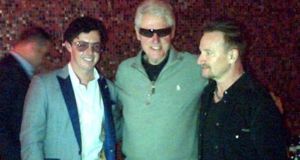 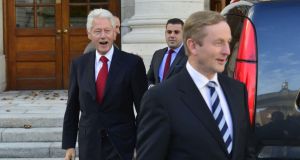 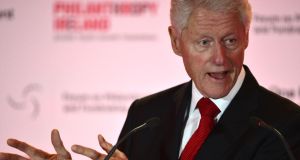 Lending his support to the One Percent Difference campaign, the 42nd US president and a long-time advocate of philanthropy, said the financial crisis underlined the need for a stronger contribution from corporate Ireland and high-wealth individuals to the charity sector.

One of the main reasons for giving, he said, was to help meet “social needs in Ireland that would otherwise have to be met by the Government at a time of severe budgetary constraints or would not be met at all”.

Private philanthropy would also help support the 100,000 people working in the non-profit sector, and help the country tackle unforeseen eventualities. Citing the threat of more extreme weather events in the midst of global warming, he suggested philanthropists in Ireland could pick the areas most likely to be hit by flooding or other natural disasters and plan to support them.

After sacrificing so much in achieving Ireland’s economic recovery, “the last thing you want to do is lose another year or two because of a natural disaster”.

Mr Clinton kept the guests waiting for about an hour for his speech as he completed a round of private meetings, including one with Taoiseach Enda Kenny earlier in the afternoon.

Austin Powers
He arrived in the function room in the Conrad Hotel a little incongruously to Soul Bossa Nova, better known as the Austin Powers theme tune, and deliveredjust a few trademark asides in a politics-free, 20-minute address.

There was a tinge of disappointment at the absence of any Bono impressions, like those delivered a fortnight ago in New York at the annual meeting of his think tank, the Clinton Global Initiative. Nonetheless, he earned three standing ovations, before being heralded out of the room before the dinner.

Mr Clinton said when he was president – now almost 13 years ago – the median contribution to a disaster fundraiser could have been up to $500.

At the time of the Asian tsunami in 2004, the median charity donation was $56, a figure which had been driven down by donations on the internet. In 2010, for the earthquake in Haiti, the median donation had dropped to $26 as many more people donated through mobile phone payments.

“You’ve got all this crowd-funding, soon it [the median] will be lower. You are a small enough country that you can organise this,” he said, suggesting that charities should look at micropayments to fund projects over the long term.

Financial crisis
Such payments held up despite the financial crisis, he pointed out. “When the financial crisis hit many of us were worried that we would all fall off the philanthropy cliff. In our foundation, a lot of our donors had lost 70-80 per cent of their net worth and literally could not afford their commitments that they had previously made, which we all understood. But interestingly enough throughout all of that small contributions tended to hang on and endure.”

He said philanthropy should also be seen by donors as a way of introducing innovative ideas to age-old problems. Citing the recent shooting in Washington by a man with a history of mental illness, he said it highlighted a mismanagement within psychiatric institutions in the US.

4 Hotel isolation for 20 states excludes US, UK where cases ‘rampant’