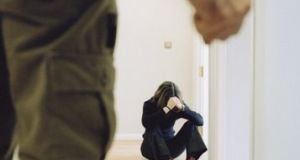 Women’s Aid will publish its Impact Report for 2015 on Wednesday, which shows that its helpline services received 12,041 calls last year and heard details of 16,375 domestic abuse case.

A man’s bare hands can be “the most dangerous weapon women face”, Women’s Aid warned on Wednesday, as new figures show no weapons were used in nearly half of all killings of women in Ireland over the last 20 years.

Women are more at risk of attack, or death from current or previous partners and of violence in the home more than they are from strangers, according to the organisation’s director, Margaret Martin.

“Women have told us how they were strangled, choked and scalded in their own homes. Our figures also show that 46 per cent of women were killed by bare hands. This is not just a weapons issue.”

Some women are emotionally abused: barred from leaving their own homes, or even from turning on the heating, or the television while their partner is out of the house, she told RTÉ ’s Morning Ireland.

Warning that the crisis is getting worse, she said the Government needs to urgently ratify the recommendations of the Istanbul Convention on aid for victims of domestic abuse.reats.

Women’s Aid will publish its Impact Report for 2015 on Wednesday, which shows that its helpline services received 12,041 calls last year and heard details of 16,375 domestic abuse case.

In addition, the organisation heard 5,966 disclosures of abuse of children. That’s a total of 22,341 complaints of abuse in the home, she said.

“Our aim is to provide a support service. We don’t tell everyone to leave. Our advice is maximize safety. We have a third of the refuge space we need. We look at every individual case and see the level of threat.”

Urging victims to seek help, she said: “Our phone line is completely confidential. It offers them the freedom to talk to someone other than family or friends who they could not tell about sexual or physical abuse.”

Women’s Aid Female Homicide Media Watch has recorded 211 female homocides over the past 20 years - more than half (55 per cent) of women were killed by their partners or ex-partners and 62 per cent were murdered in their own homes.

In all of the resolved cases, 99 per cent of perpetrators were male . The figures show that 13 children were murdered alongside their mothers.

“These statistics are a stark reminder of the dangerous and sometimes fatal nature of domestic abuse and the tragedy it brings for family, friends and communities,” Ms Martin said.

Last year there were 970 disclosures by women to the charity that their partners threatened to kill them, their children and their families. The annual report of the organisation working to stop domestic violence shows it received a further 579 disclosures of assaults with weapons, threats with weapons, being strangled and smothered.

“Domestic violence is dangerous. It kills women. It kills children, too,” Ms Martin said. “The threat of violence against women and children always hangs in the air and women disclosed being punched, cut with knives, hit with golf clubs, scalded and strangled. Strangulation or choking is a form of control used to instil fear and terror.”

The report also shows that domestic violence was most likely to occur within marriage (42 per cent of cases reported). A further 23 per cent of women reported that they were being abused by an ex-husband or ex-partner.

Last year 81 per cent of the women who made contact reported that they were being abused by a current or ex-male intimate partner.

“Only then will women begin to feel safe and protected in their homes and in their relationships,” she said.