Why is Europe losing the will to breed?

Despite Europe’s wonderful heritage, the continent is losing faith in itself, and birth rates have collapsed 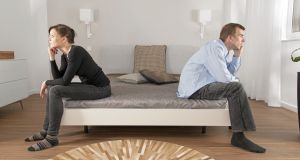 European civilisation is dying. It is dying in plain sight and almost nobody is talking about it. No, our civilisation is not succumbing to onslaught from an external foe. But we seem to be suffering from a pernicious anaemia of the spirit that drags us down from inside. There are many symptoms of this decline but the most deadly is that we are losing the will to breed. Birth rates in all 28 EU countries are now below replacement rates and all indigenous populations are in decline.

What greater sign could there be that our civilisation is dying than the fact that the majority of Europeans have insufficient zest in life to replace themselves? Civilisation can struggle on even in difficult circumstances, but it can hardly survive without people.

European societies increasingly are no longer self-sustaining. For example, if current trends continue, every new generation of Spaniards will be 40 per cent smaller than the previous one. In Italy the percentage of the population over 65 will increase from 2.7 per cent now to 18.8 per cent in 2050. By 2060 the population of Germany is projected to drop from 81 million to 67 million, and the UN projects that by 2030 the percentage of Germans in the workforce will drop by 7 per cent to 54 per cent . In order to compensate for this shortage Germany needs to absorb 533,000 immigrants per year, which puts Angela Merkel’s current immigration policy into context.

European civilisation has given the world many cherished values, freedoms and institutions, including the classical legacy of Greece and Rome; the rule of law; separation of church and state; modern science; individual freedom; a fabulous heritage of music, painting, sculpture and architecture; and more.

But despite this wonderful heritage, Europe is losing faith in itself, and birth rates have collapsed. Part of the reason for this is the change in the social role of women, many of whom are now in the mainstream workforce and as committed to career development as men. Many women delay having children until later in life and career pressures limit the number of children per family. This particular pressure on birthrate could be reversed by making resources available to families, but we seem to lack the will to do so.

Some people comfort themselves with the thought that Europe can overcome its demographic problems through the large-scale absorption of immigrants. This is a naive attitude. When birth rates fall to about 1.5, even large scale immigration will not hold the population steady over time. Also, European values are not universal and there is no necessary reason to expect that other civilisations will adopt these values simply because they come to Europe to partake of the technical and commercial fruits of western civilisation.

Apart from the social pressures that depress birth rates, our civilisation is also under internal assault from postmodern intellectual elites and their acolytes in the mass media, who enthusiastically embrace moral and cultural relativism, multiculturalism and political correctness and attack our values and weaken our will. We must repulse these attacks, regain our confidence and boost birth rates back up to replacement rates.