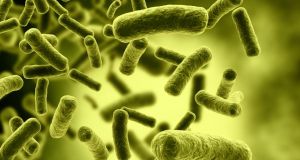 Faecal transplants - now that is something you want to hear about on a Saturday morning as you munch your breakfast.

The subject might seem completely disconnected from your likelihood of developing clinical depression, but there is a newly discovered link between the two.

Faecal transplantation is emerging as the medical treatment of choice when it comes to clearing out antibiotic resistance and difficult to treat infections involving bacteria such as Clostridium Difficile.

As you might expect, the transplant material is screened for the presence of HIV, Hepatitis C and other nasty bugs before insertion.

Why is it done? So that the recipient can benefit from the billions of useful bacteria that occupy our lower digestive tracts.

The human gut is home to two kilos of bacteria, collectively called the gut microbiota. The mix includes at least 1,000 known species.

Irish scientists are discovering that this group is anything but passive.

These bacteria are churning out helpful substances and not just for digesting food.

Not too long ago, scientists at the Alimentary Pharmabiotic Centre Biosciences Institute at University College Cork discovered that the mix of bacteria in your gut could have a direct effect on a person’s mood.

But if our state of mind can be influenced by bowel bacteria, what about other mental conditions? What about things like depression?

Prof Ted Dinan and Prof John Cryan at UCC decided to test this , organising the first study to investigate whether depression can in some way be transmitted through gut bacteria.

Brain function in humans was “very much dependent” on the products from the gut bacteria, Prof Ted Dinan said.

“There are fundamental differences in the microbiota of depressed and non-depressed people.”

The researchers decided to test this in a rat model, work that was subject to ethical approval and monitoring by UCC.

The rats’ microbiota was cleared using antibiotics and then a faecal transplant was given from a human donor with clinical depression.

The otherwise healthy rats began to show sings of depression, experiencing anxiety, weight loss and fatigue, much like human sufferers of the condition.

These are only preliminary findings, and the tests are ongoing, but these early results will be of particular interest to clinicians who employ human faecal transplants as a treatment.

It is much too early to understand, for example, whether changing the mix of bacteria in the gut might affect depression in humans.

However, this research suggests that depression and other disorders could be transmitted in gut bacteria, and this should be considered when screening healthy donors in the future, Prof Dinan said.

Martha Finnegan is on placement at The Irish Times as a British Science Association Media Fellow.