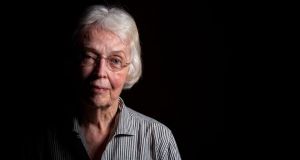 A new study has shown that a feared dementia epidemic is not happening in Europe. File photograph: Getty Images

The feared dementia epidemic is not happening in some European countries where the percentage of people with dementia and the number of new cases have levelled off.

However, the situation in Ireland is not known as we do not have a formal registry for cases, the Alzheimer’s Society of Ireland has said.

Three decades ago cases of dementia including diseases such as Alzheimer’s were on a strong upward trajectory, but five large epidemiological studies from the UK, Sweden, the Netherlands and Spain show this is no longer the case.

The idea that dementia would advance like an epidemic was “now out of date” because of improvements in healthcare and lifestyle, said Prof Carol Brayne of the University of Cambridge and lead author in a research paper published this morning in The Lancet Neurology.

The UK study showed dementia in people aged 65 in 2011 was 22 per cent lower than predictions made in 1990 suggested.

The apparent stabilisation in dementia rates coincided with improvements in protective factors such as more education and more risk-reducing efforts related to blood pressure and Type 2 diabetes, Prof Brayne said.

The number of people aged 85 and over “is the fastest-growing age demographic with about 40 per cent currently estimated to be affected by dementia”, he said.

“We don’t have any evidence of that here : there is no register. We only have prevalence figures, we can’t say for Ireland whether things have improved or not.”

There are about 48,000 people with dementia here with 4,000 cases arising each year, she said.

Estimates suggest the case load here could treble in a generation.

Research released by the society in July from the Institute of Public Health Ireland calculated there would be 1,000 fewer new cases each year if key risk factors for dementia were addressed through public policy initiatives.

The results made it clear that early intervention was essential.

“The idea of brain health has to be adopted in government health promotion measures,” she said.

The Cambridge team came to similar conclusions. Rebalancing is needed with stronger focus on primary prevention over a lifetime and away from the “overemphasis on diagnostics and drug interventions”, Prof Brayne said.