That’s Maths: Fermat’s last theorem has been accepted as correct since 1637, although there was no proof until the British mathematician found it 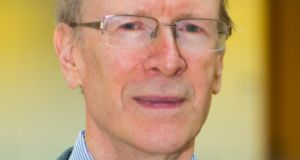 Andrew Wiles: when he was just 10, he read a description of Fermat’s theorem, was captivated and knew he would never let it go

Next Tuesday, the crown prince Haakon of Norway will present the Abel Medal to Sir Andrew Wiles at a ceremony in Oslo. The Abel Prize, comparable to a Nobel Prize, is awarded for outstanding work in mathematics. Wiles has won the award for his “stunning proof of Fermat’s last theorem” and his research has been credited with opening a new era in number theory. Wiles’s proof made international headlines in 1994 when he cracked one of the most famous and long-standing unsolved problems in mathematics.

Pierre de Fermat, a French lawyer and amateur mathematician, stated the theorem in 1637, writing in the margin of a maths book that he had “a truly marvellous proof”. But for more than 350 years no proof was found despite the efforts of many of the most brilliant mathematicians. In 1963, when he was just 10, Wiles read a description of Fermat’s theorem in a popular mathematics book. He was captivated by the result and knew that he would “never let it go”.

The theorem stated that an equation of the form xn + yn = zn  has no solutions for whole numbers x, y and z when n is greater than 2. We can easily see that, for n = 2 the equation can be solved: for example, 3² + 4² = 5² is a solution, and any three numbers like this are called a Pythagorean triple because of their link with the theorem of Pythagoras. But nobody could find two cubes (numbers to the third power) that added to another cube. Likewise for fourth powers, fifth powers and so on.

Since exhaustive searches failed to reveal any exceptions, it was generally believed that Fermat’s result was correct. But mathematicians are wary of evidence and intuition, and demand rigorous proof of assertions before they can be accepted as theorems. Technically the problem ought to have been called Fermat’s last conjecture.

Wiles turned the conjecture into a theorem by a sparkling tour-de-force of mathematical reasoning. Earlier workers had shown a link between Fermat’s result and mathematical objects called modular forms. They had also found an unexpected connection between these modular forms and functions called elliptic curves. These curves arose in the study of the lengths of planetary orbits, and the link with the more abstract modular forms came as a surprise.

By 1985 it was clear that, if the link between these two unrelated areas could be proved, Fermat’s last theorem would follow as a logical consequence. The missing link was called the modularity conjecture. It was serendipitous that Wiles had expertise in precisely the two areas critical for tackling Fermat’s theorem. He spent seven years, working alone, to provide the missing link. In 1993 Wiles announced the result at a meeting in the Isaac Newton Institute in Cambridge. Soon afterwards, a logical gap was found – what might be called a hole in the proof. It took Wiles another year to plug the gap, with help from his former student Richard Taylor. Extensive checks by other mathematicians confirmed the validity of the proof.

The impact of Wiles’s work has been immense. The new ideas and techniques introduced by him have led directly to many subsequent developments and continue to inspire new research.

Wiles studied in Oxford and Cambridge and worked in Harvard and Princeton before returning to Oxford in 2011. He has won many awards, but the Abel Prize, awarded by the Norwegian Academy of Science and Letters, crowns them all. The Abel Committee citation concluded: “Few results have as rich a mathematical history and as dramatic a proof as Fermat’s Last Theorem. ”