US role in new North talks amid 'backsliding’ fears 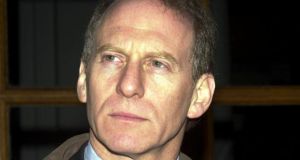 US envoy Dr Richard Haass: ‘We will listen, we will suggest, and I would think, as the process unfolds between now and the end of the year, we will obviously be making recommendations.’ Photograph: Cyril Byrne

Most Americans are surprised to learn of continued White House involvement in the Northern Ireland peace process, according to US envoy Dr Richard Haass.

Speaking ahead of next week’s talks in Belfast with Northern Ireland’s main parties about unresolved issues including flags, parades and legacy issues from the Troubles, the US diplomat said there is “enough concern to warrant this process and my participation in it”.

The US is quietly concerned at the persistence of segregation and confrontation between communities at sectarian flashpoints, and is keen to act.

Unhealed wounds
Dr Haass’s arrival follows US president Barack Obama’s address in Belfast last June in which he referred to “wounds that haven’t healed, and communities where tensions and mistrust hangs in the air”.

“There are walls that still stand; there are still many miles to go,” he said

Dr Haass noted significant progress in the 10 years since he was last posted to Belfast by former president George W Bush. However, he said there was concern over the violence that had scarred the summer marching season. He also highlighted the danger of what he termed political “backsliding” among the parties in the Stormont Executive.

“We will listen, we will suggest, and I would think, as the process unfolds between now and the end of the year, we will obviously be making recommendations,” he said.

“The goal, as everyone knows, is to come up with a consensus document by the end of the year.”

Dr Haass admitted that for many in the US, the ongoing and unsolved problems of Northern Ireland ranked below many other international concerns. But he added that if he could play a useful role in the search for agreement on contentious issues, then he would be happy to try.

“We are there to assist, but it is up to local leaders in the community, in the society, and in the political process, to be willing to put forward their ideas, to accept compromise, and to try to recommend to their respective constituencies and supporters to accept and support those compromises,” he said.

Talks sessions are planned for next Tuesday and in mid-October. Dr Haass insisted the end-of-year deadline would be met.