Tax cuts to focus on USC rather than top-rate earners 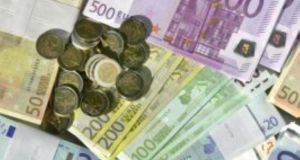 One Fine Gael source said reducing the USC, as well as possible moves on reducing taxes for the self-employed, would prove more electorally popular than reductions to the top rate of tax

The majority of tax cuts in the Coalition’s last budget before the general election will focus on the unpopular universal social charge (USC), rather than cuts to rates of income tax.

Government sources told The Irish Times a new agreement has been reached between Fine Gael and Labour which will steer reductions away from the top rate of income tax and towards the USC.

One source said: “All are agreed the USC needs serious surgery.”

In the last budget the two parties struck a formula which focused on middle-income earners between €32,800 and €70,000, with Fine Gael placing a heavy emphasis on reducing the top rate of income tax from 41 per cent to 40 per cent.

The package included reductions to lower rates of USC, as well as raising the threshold at which people enter the higher rate of tax and a cut to the higher rate of income tax, while also introducing a new, higher USC rate to ensure those earning more than €70,000 did not benefit disproportionately.

Ministers and Coalition sources had flagged that this formula would be deployed again in the package for 2016, and thereafter if the Government was re-elected.

Last year’s budget reduced the marginal rate – the total tax rate – for middle income earners from 52 per cent to 51 per cent, with an aim to reduce it to 50 per cent before the election.

However, Fine Gael backbenchers expressed concern the party was being too closely associated with cutting the top rate of income tax rather than the USC, which was introduced by the Fianna Fáil-Green Party coalition.

It is understood a reduction in the higher rate has now been replaced with deeper than anticipated reductions to the USC, as flagged by Taoiseach Enda Kenny in his spring statement speech last week.

Mr Kenny said the Government will cut the 7 per cent USC rate for those earning less than €70,000 a year. Those at the top of Government say any changes will have the same effect of bringing the total rate of tax down to 50 per cent.

A Coalition source said: “The reduction of USC from 7 per cent to 6 per cent will be instead of, rather than in addition to, another top-rate tax cut.

“And both parties agree on that. The package [has not been agreed] but there will be a lot more on USC this time, including this, and another top rate cut [is] gone.

“The key issue for both of us has always been getting the marginal rate to 50 per cent and this will achieve that.”

While another source said no “decisions had been made on tax or USC reduction package”, they added: “But it is likely that available resources will be used to cut the USC rate by as much as possible for those earning less than €70,000.”

It was also pointed out there are “lots of possibilities – decisions won’t be made until the budget”.

In his spring statement speech, Mr Noonan promised tax cuts, focusing on middle-income earners, over the next five budgets.

He also outlined that he will have a maximum of €750 million to allocate towards tax cuts in the forthcoming budget.