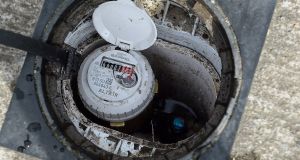 The Oireachtas committee on water charges is divided on plans to prosecute householders who waste water. The draft report for committee members proposes that existing legislation should be amended to allow for homeowners to be taken to court and sanctions to be imposed thereafter.

Fianna Fáil and Solidarity are supporting the proposal, but it is being resisted strongly by Fine Gael, Labour and Sinn Féin.

Fine Gael Senator Paudie Coffey said his party would not support any measure which allowed for householders to be pursued through the courts.

“Fine Gael believes in responsible usage of water, but dragging people through the courts is unacceptable,” Mr Coffey said. “We have moved considerably from our party position on water charges, but we do not believe in the prosecution of people.”

Excessive usage has been a source of dispute between Fianna Fáil and Fine Gael at the committee.

The legal opinion provided to the members by senior counsel David Nolan will now provide the basis for negotiations between the two parties. It says the 2007 Water Services Act can be amended to meet obligations arising from the European Union Water Framework Directive. The directive insists on a system being in place to allow for the recovery of costs for the provision of water services. Breaches of the directive can result in member states being fined.

Fianna Fáil believes the Act should contain measures to fine householders, while Fine Gael believes a bill should be issued to those who are found to be wasting water.

The committee members also failed to reach agreement at the meeting on how normal usage of water can be determined.

The report suggests that the Commission for Energy Regulation would decide the limit. However, Fianna Fáil is resisting such power being delegated to the body, insisting that the committee itself should determine the figure.

Solidarity TD Paul Murphy said he would not support the introduction of any figure in legislation, claiming that this would provide for the reintroduction of water charges.

The committee will meet again today to discuss metering and possible refunds for those who have paid their charges.

The draft report says that district metering should be used to monitor excessive usage and that modern technology, such as satellite imaging, should be utilised to target individual households.

Members will also have to consider a recommendation for all new dwellings to have water meters installed.

On the issue of refunds, the committee proposes that those who have paid their charges should be compensated. However, it says this can only be done following consideration of the fiscal implications .

The committee did agree yesterday to the principle that domestic water usage be funded through taxation. In order to comply with EU law, it says the taxation must be identifiable and must meet the cost of water services.

The committee is due to complete its work today and its final report will be sent to the Dáil on April 14th.