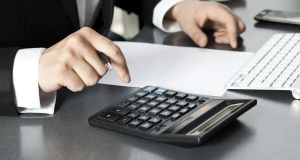 Confirmation of the new rate and date of its introduction was outlined as part of the deal. Photograph: Getty Images

A new 12.5 per cent rate of corporation tax to be introduced in Northern Ireland in April 2018 will “create tens of thousands of jobs” business leaders in the North declared.

Eamonn Donaghy, chair of Grow NI, the business umbrella group, which campaigned for the devolution of corporation tax powers to the Northern Ireland Executive, said it was a first important step.

Business organisations which have long envied the Republic’s 12.5 per cent corporation tax rate say they could now finally “compete on an even playing field”.

Confirmation of the new rate and date of its introduction was outlined as part of the deal agreed by political parties yesterday to implement the Stormont House Agreement.

Mr Donaghy said it had taken 20 years to secure a lower rate of corporation tax but, like other business people in the North, he believed the wait had been worth it. “Future employment growth will only come from the private sector and reducing the rate to 12.5 per cent will create tens of thousands of jobs in local, national and international companies . . .”

The regional business development agency, Invest NI, said confirmation of an agreed rate and date would enable it to start selling it to potential new investors with “profit centre opportunities”. Alastair Hamilton, chief executive of Invest NI, added: “A reduced rate of corporation tax will significantly add to the attractiveness of Northern Ireland”.

Colin Walsh, chair of the Confederation of British Industry NI, said the business community would be pleased to have an opportunity to “prosper under devolution”.