Medicines board warns on abortion pills after 250 seized 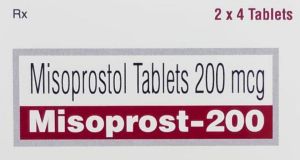 Misoprostol and mifepristone are the most common abortion-inducing drugs. Home abortion kits containing these drugs can be purchased online for between €50 and €150.

More than 250 abortion pills have been detained by the Irish Medicines Board (IMB) since the beginning of the year.

Abortifacients, or drugs used to induce abortion, are not legally available in Ireland and it is not legal for anyone to supply or receive such medicines through an online source.

The IMB, in conjunction with the Revenue’s Customs Service and gardaí, monitors and investigates instances of the illegal supply of such produces via the internet, “and actively enforces against suspected breaches of the law”, a spokeswoman said.

Misoprostol and mifepristone are the most common abortion-inducing drugs. Home abortion kits containing these drugs can be purchased online for between €50 and €150.

A total of 259 tablets have been detained in 10 consignments since the start of 2013. Of these, 256 contained misoprostol and three mifepristone.

The spokeswoman said when a package containing an abortifacient or other prescription-only medicinal product was detained on importation, the board made contact with the consignee to advise on the medicinal status of the product and of the legal position regarding supply.

“The IMB strongly recommends that a woman should not seek to obtain or self-medicate with such potent medicines. Any woman experiencing anxiety regarding a pregnancy should consult with her doctor or contact the crisis pregnancy programme of the HSE,” she said.

The IMB has also worked with agencies in other countries in a bid to stop or curtail such illegal supplies, she added.