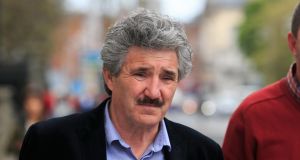 An Independent TD who has also been appointed a Minister of State secured millions in extra funding to extend a runway at his local airport as part of the government deal with Fine Gael.

Waterford’s John Halligan, the Minister of State for Training and Skills, said the money would develop the runway at Waterford Airport to allow larger aircraft to land and increase tourism in the area.

Mr Halligan said there was a large enough catchment area to justify the investment in the airport. Independent Alliance colleague Minister for Transport Shane Ross would inspect the airport in coming weeks.

The programme for government has a commitment for “€10 million in additional funding for regional airports”. However, it does not specifically mention Waterford Airport.

“Building on engagement between Government and regional airport management, we will seek to invest an additional €10 million to intensify efforts to properly prepare our regional airports for a future where they can operate on a standalone commercial basis,” it says. “This new investment will be in addition to the €28 million already committed.”

Mr Halligan said Waterford Airport had already secured some capital funding and would get a share of the €10 million promised in the programme for government. He confirmed he brought the issue up in talks with Fine Gael.

The exact funding for Waterford has yet to be determined, but Mr Halligan said this would be done by next week.

“It’s designated for all the regional airports so a percentage of that is going to Waterford. I brought it up in the talks. The runway was agreed in principle way back in the capital funding. The problem you had with the runway was they had to put a compulsory purchase order on a piece of land, which had taken a bit of time.”