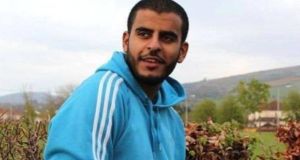 Some committee members expressed concern about the decision to pass a motion in the Dáil calling for Ibrahim Halawa’s release.

Lawyers representing jailed Irish teenager Ibrahim Halawa are to meet with the Joint Committee on Foreign Affairs to discuss the case.

Ms Clooney, who is the wife of actor George Clooney, is a human rights lawyer.

At a meeting on Thursday the committee agreed to meet informally with the two firms to discuss Mr Halawa’s case.

A similar proposal had been made last year but was defeated by the committee.

The Egyptian ambassador to Ireland Soha Gendi was also invited to appear before the committee on Thursday.

However, Ms Gendi did formally respond to the request by the committee.

In a letter to the Ceann Comhairle she indicated she would not be in a position to attend the meeting.

The committee held a meeting in private session this morning to discuss the case of Mr Halawa, who has been in prison for more than three years without trial.

Some members expressed concern about the decision to pass a motion in the Dáil calling for his release.

TDs said parliamentarians needed to be careful about the language used in this case.

Members insisted they shared the objective to see Mr Halawa released and returned to Ireland but the committee must ensure nothing is done to jeopardise his case.