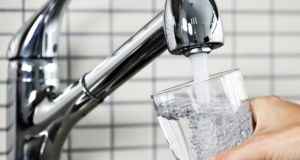 The boycott compaign against Irish Water will be strengthened by the decision that State funds spent on the utility company will have to remain on the exchequer balance sheet, according to Socialist TD Joe Higgins.

Mr Higgins said the development was another fine mess by the Coalition which had attempted to trick people into believing this could be a stand alone utility.

“It exposes the slight of hand they were trying to get away with,” Mr Higgins said. The TD, who has been campaigning for the abolition of the charges, said this ruling by Eurostat would help with the boycott of the levy.

The EU statistics agency ruling is a blow to the Government’s strategy on water investment and will mean that a hoped-for boost to the 2016 budget figures will not now emerge.

The decision means Irish Water must remain on the State’s balance sheet, for the moment at least, meaning the money spent on it will count towards the annual deficit and national debt as measured for EU targets.

Sinn Fein finance spokesman Pearse Doherty said he was not surprised by the Eurostat ruling. “Today’s ruling has proved Sinn Féin’s analysis correct. The Government is now left with egg on its face as it argued time and again that its plan would pass the Eurostat test,” he said.

Fianna Fáil environment spokesman Barry Cowen called on the Government to make a statement. He said: “Someone has to be held accountable for this. Where is the Minister for the Environment?

“We need to hear from him. Every time we raised this we were assured Irish Water would remain off-balance and now that has been exposed and the Government is nowhere to be seen. The chickens have come home to roost.”