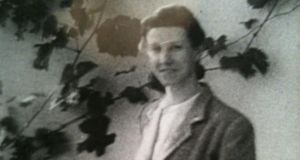 
A Cork woman who risked her life to save Jewish children from Nazi gas chambers has become the first Irish person to be honoured as “Righteous Among the Nations” by Yad Vashem, Israel’s official memorial to Jewish victims of the Holocaust.

Among those saved by Mary Elmes, who died in2002, was Ronald Friend, now professor emeritus of psychology at Stony Brook, New York. At the time he was a two-year-old child whose father would not survive but whose five-year-old brother Michael was also rescued by Ms Elmes.

Last night Mr Friend described the award as “a long overdue recognition of Mary Elmes’ courageous and selfless actions in rescuing me and many other children when convoys were regularly departing to the death camps”.


Brilliant
Elmes, who was born in 1908 and had a brilliant academic career in Trinity College Dublin – where she won a gold medal for French and Spanish – first became involved in refugee relief work during the Spanish Civil War and was later among the thousands who fled over the Pyrenees into France.

Once there she tried to make life in the “reception camps” for refugees as tolerable as possible, working, as she had in Spain, with the Quakers. At this point her main concerns were organising food supplies and providing educational books for the children.

With the fall of France in 1940, thousands of Jews and others on the Gestapo death list fled to the south of the country, where many – including Mr Friend and his family – were arrested by French police and held with the Spanish refugees near Perpignon in Rivesaltes camp, later to become a staging post for Jews singled out for Auschwitz. Realising the danger facing the Jewish inmates, Elmes and her Quaker colleagues began a campaign to save as many as they could, despite the dangers to themselves.

In January 1943, Elmes was arrested on suspicion of helping Jews escape and endured six months in jail in the notorious Fresnes Prison near Paris. Once released she continued as before, refusing to bow to the Nazis or their French collaborators.

Her cousin, Mark Elmes who lives in Cork, said: “I am delighted that she has been given such a high award and not forgotten for her bravery, tenacity and dedication to saving so many Jewish children during the Holocaust.”

1 Shane Ross: ‘I lost a friendship with Mattie McGrath completely. He got totally personal’
2 Murder in a crowded house: The full story of the Patricia O’Connor trial
3 Areas advised to ‘stop everything’ as Storm Jorge hits Ireland
4 Joshua Allen jailed for 15 months for drugs offences
5 Fianna Fáil and Fine Gael fear they are in a lose-lose scenario
Real news has value SUBSCRIBE