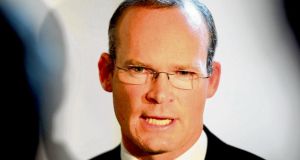 is to seek licence approval for a second State-owned organic fish farm off the west coast.

The 5,000-tonne project earmarked for a location between Mayo’s Inishturk and Galway’s Inishbofin islands will be a third of the size of the farm planned for Galway Bay, for which BIM has reaffirmed its support – even as its chief executive, Jason Whooley, has announced his resignation.

Mr Whooley, who has been with the sea fisheries development board since 2007, will leave BIM in late summer to head up the €35 million Norwegian-Irish bio-marine ingredients project planned for Killybegs, Co Donegal.

Mr Whooley’s resignation is believed to have come as a surprise last week, but the board said it was committed to the project at the mouth of Galway Bay and would continue to work on applying for licence approval for smaller aquaculture sites.

The second site has not been given an exact location between the two islands, as this will depend on the environmental impact assessment, a spokeswoman has said.

Once the assessment is complete, a licence application will be submitted to the Minister for Marine, Simon Coveney.

He has as yet taken no decision on the 15,000-tonne Galway Bay project off Inis Oírr, which BIM applied for in August, 2012.

The Galway Bay Against Salmon Cages grouping has claimed that a majority of all newly elected members to both Galway County Council and the European Parliament have indicated their opposition to locating open salmon cages in Galway Bay.

“We look forward to continuing to work with them in opposing this environmentally damaging proposal,” the group has said.

Fish farming is a cornerstone of the BIM strategy document, which involves generating €1 billion in seafood sales and expanding exports by an additional €650 million.