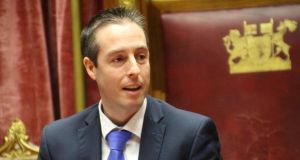 Paul Givan of the DUP hopes to help introduce a “conscience clause” into equality laws in Northern Ireland. 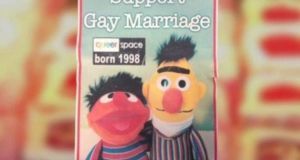 Family run Ashers Bakers is facing a court battle over its decision to refuse to make a cake that carried a pro-gay marriage slogan. Photograph: YouTube/Christian Institute

A bid to introduce a “conscience clause” into equality laws in Northern Ireland has been launched in the wake of a controversial legal action against a Christian bakers.

Family run Ashers Bakers is facing a court battle over its decision to refuse to make a cake that carried a pro-gay marriage slogan.

Northern Ireland’s Equality Commission, which has taken the case against the Belfast-based business on behalf of the gay rights activist customer whose order was declined, has alleged the bakery’s stance was in breach of legislation.

However, a Democratic Unionist Party Assembly member has formally launched a Private Members Bill at Stormont that, if made law, would create a legal clause that would allow the refusal of goods and services on the grounds of strongly held religious beliefs.

But Paul Givan’s legislative bid is a long way from reaching the statute, as he will have to convince rival MLAs, many of whom hold contrasting views on the issue, to support it.

At the launch of his legislative bid in Parliament Buildings in Belfast, Mr Givan said the Ashers case had highlighted the need for a change in how the law was balanced.

“The challenge is now with politicians and society to respond and ask the question what type of society do we want – one that can make space for difference or one that is intolerant, denying our faith communities the right to live according to their sincerely held religious beliefs in our community?” he said.

The Lagan Valley representative explained that the clause would not allow someone to refuse to serve an individual who held contrary beliefs.

Instead, he said, it would only enable them to refuse to carry out a service that they believed contravened their own beliefs, such as the creation of a slogan or message that ran contrary to their religious views.

“Our democracy for centuries sought to make reasonable accommodation for religious belief and freedom of conscience,” he said. “This was enshrined as far back as the 1700s with the rights of conscientious objectors not to serve in the military.

“The dilemma facing people of faith is the choice of violating their sincerely held beliefs or going out of business.”

Earlier this year, Ashers declined the order for a cake with the image of Sesame Street puppets Bert and Ernie below the motto Support Gay Marriage.

In the wake of its refusal to provide the service, the Equality Commission for Northern Ireland, a state-funded watchdog body set up to ensure compliance with anti-discrimination laws, took on the case on behalf of the customer.