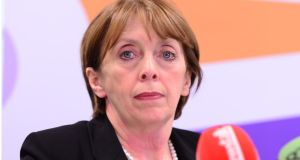 Plans to allow a legislative clause which would eventually allow for the banning of alcohol sponsorship of sports have been dropped.

The Government is instead expected to put an existing voluntary code of conduct dealing with alcohol sponsorship on a statutory basis and is set to implement other measures in its Public Health (Alcohol) Bill, due to be published in the coming weeks.

The banning of alcohol sponsorship of sport has been on the agenda for some time and Minister for Health Leo Varadkar last month said he would include an “enabling clause” for such a ban.

The implementation of such a ban – which has faced vigorous opposition from sporting organisations and drinks companies – would have been subject to the full agreement of the Minister for Health and the Minister for Sport.

It is understood this proposal was vetoed by Minister for Transport, Tourism and Sport Paschal Donohoe and his junior minister, Michael Ring, and will not be included in the forthcoming legislation, which is expected to be signed off by a Cabinet sub-committee next week.

Mr Varadkar and Mr Donohoe have both said there should be no ban until alternative funding streams have been identified by sporting organisations. Mr Ring last night said the sponsorship money was vital and no alternatives existed at present.

Róisín Shortall, the former minister of state who promoted a ban, last night accused the Coalition of performing a “huge climbdown” and putting business interests ahead of public health.

“At a time when the Chief Medical Officer, the Royal College of Surgeons and the World Health Organisation are calling for a ban it shows an incredible lack of political leadership not to support it.”

Measures in the code of conduct which will be placed on a statutory footing include banning alcohol sponsorship of any individuals, teams or competitions where the participants are under 18; or where more than a quarter of their audience, either attending live events or watching on television, are under 18.

Alcohol sponsorship of cultural and arts events will still be allowed.

The four main aspects of the Public Health (Alcohol) Bill will be a minimum unit pricing of alcohol to make “cheap alcohol less cheap”; calorie and health warning labelling on alcohol; the structural separation of alcohol from other goods in shops and supermarkets; some advertising and sponsorship restrictions.

Other measures include the limiting of alcohol sponsorship on radio and television to evening hours only, as well as to over-18 films in the cinema; restrictions on outdoor advertising from 2018; and setting limits on how alcohol is portrayed in adverts.

A spokeswoman for Mr Donohoe said his “department is on record in the past as saying that it is not in favour of changes being made unless an alternative funding stream is identified, which at this time looks unlikely”.

Coronavirus: Five deaths and 248 more cases reported 17:35
More than 100 people gather in Co Donegal for anti-Covid-19 restrictions rally 16:42
Cork hunger strike exhibition ‘to educate youth about Irish freedom’ 16:16
Man with electric scooter who died in Meath was due to get married in the coming weeks 14:40
Two men arrested following Garda chase in Balbriggan 13:47