Witness tells murder trial that victim went ‘down the drain’

Homeless man made no attempt to defend himself during assault, court hears 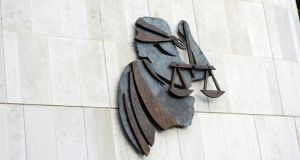 A 22-year-old man has told a murder trial how another man accused of murdering a homeless man told him that “the man was down the drain” after he dragged him from his apartment.

David O’Mahony told how he was drinking with accused, David O’Loughlin (28) in his apartment in Cork when Mr O’Loughlin began insulting and attacking Liam Manley (59).

Mr O’Mahony said Mr Manley was sitting on a couch at Mr O’Loughlin’s apartment when he arrived at around 6am on the morning of May 12th 2013.

“When I came into the apartment, there was an old man sitting on the couch - he looked 50 to 60 years old - he looked elderly and homeless - he had a grey beard and was a small man.”

Mr O’Loughlin asked Mr O’Mahony if he wanted a drink and gave him a bottle of Carlsberg but he didn’t introduce him to the older man who had two bottles open in front of him.

“There were a few words said over the course of 15 to 20 minutes and then Mr O’Loughlin called him [Manley]‘a paedophile and a kiddie fiddler’,” said Mr O’Mahony.

He said Mr O’Loughlin initially made the comments as if he was joking but then began to get more serious and repeated them multiple times but the man didn’t react.

“I would not say [he was]afraid, just sad, he kept his head down,” said Mr O’Mahony, adding that after about ten minutes of comments, Mr O’Loughlin began to punch the man in the face.

Mr O’Loughlin was standing over the man who was still sitting on the couch and he began hitting him with his closed fist in the face but the man didn’t respond at all, he said.

“They were full force, heavy punches into the face as far as I can remember - the man didn’t defend himself at all, he just sat there as Mr O’Loughlin continued to hit him.

“After four or five punches, I stood up and said stop but he told me to sit down and mind my own business - he looked fairly angry at the time,” said Mr O’Mahony.

He said he thought that the man’s nose was broken as he was bleeding from the nose and Mr O’Loughlin picked him up and, holding him up, brought him out of the apartment.

Mr O’Mahony said he got up to follow Mr O’Loughlin out but Mr O’Loughlin told him to go back inside and keep his mouth shut. He said he then heard a metal shutter closing.

A few minutes later, Mr O’Loughlin came back into the apartment and when Mr O’Mahony asked him where the man had gone, he replied “he’s gone down the drain”

“I didn’t know what it meant at the time - I continued to drink - a lot faster at this stage,” Mr O’Mahony told the trial at the Central Criminal Court sitting in Cork

The trial before a jury of five men and seven women had previously heard Mr Manley’s body had been found in a refuse chute by a maintenance man at the apartment complex.

The jury were told by prosecution counsel Sean Gillane SC that they would hear medical evidence that Mr Manley died from mechanical asphyxia in the refuse chute.

A native of Gurranabraher, Mr Manley had developed an alcohol problem and was dependent on the Simon Community for accommodation at the time of his death. The case continues.