Westport House and estate put up for sale 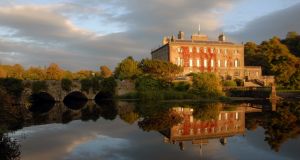 Westport House, the 18th-century mansion which forms the centrepiece of one of the west’s most important tourist sites, has been put up for sale for €10 million.

Its owners, the Browne family who are descended from Grace O’Malley, say they have “reluctantly” decided to sell the house and 183.8 hectares (455 acres) as a going tourist concern.

The estate carries a debt of about €1 million. The family said it had postponed disposal last summer “to try for one last time to see if the Government wanted to step in”.

Apart from its historical significance, the property is an important part of the local economy.

It has developed a wide range of attractions and activities since first opening to the public more than 50 years ago.

Built in 1730, it survived “English Williamites, a French invasion, two fires, a famine and civil war”, according to the 10th Marquess of Sligo, Denis Browne, who died in 1991.

It was opened to the public by his son, Lord Jeremy Altamont, in 1961.

Difficulties arose after 380 acres of the estate were put up as security on a loan of €6.5 million taken out by Lord Altamont in 2006 as part of plans for further development.

The recession hit and the loan was acquired by Nama, amounting with interest to more than €9 million last year. Lord Altamont died in 2014.

Last year, Nama included the loan in its Project Arrow portfolio but, amid local fears that the house and estate could be broken up, it was withdrawn just 24 hours before the portfolio’s sale to American investment fund Cerberus.

Minister of State for Sport and Westport TD Michael Ring defended intervention under Nama guidelines, which allow for State purchase “in the public interest”.

Negotiations subsequently opened between Nama and Mayo County Council, with a view to acquiring the loan for about €1 million.

A Nama spokesman said this engagement was “still ongoing”.