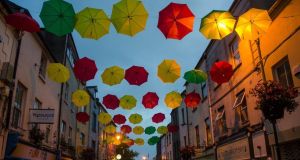 The organisers of one of the country’s innovative arts festivals have expressed dismay after the Arts Council announced that the festival was to receive no funding this year.

Imagine Arts Festival in Waterford, which is run entirely by some 40 volunteers on various committees, learned earlier this week that it is to receive no Arts Council funding this year.

Dr Nicholas A J Bankes, Chairperson of Imagine Committee, expressed disappointment at the Arts Council decision to cut funding to the festival which runs for 11 days in October.

“Every year we put on an arts festival in Waterford which is, in my opinion, comparable to any Arts Festival in Ireland, including Kilkenny and Galway, ” said Dr Bankes.

That Waterford can put on such a festival with a budget just a fraction of other festivals such as Galway and Kilkenny is due to the dedication and expertise of the organisers, he said.

“Imagine has grown in the hearts and minds of the local community and among the artistic community in Ireland and has thus developed a reputation as innovative and reliable.

“The inventiveness of the creative team who curate the festival has ensured that every year, we have a mix of local, national and international events that belies our meagre budget.”

Dr Bankes said that €11,000 wasn’t a huge amount of money to run an arts festival but the Arts Council funding was important as it lends a legitimacy to the efforts of volunteers.

“It has always been our intention to move up into a higher echelon of festivals within the Irish festival calendar and the Arts Council should recognise the festival’s importance.”

Music organiser, John Fitzpatrick echoed Dr Bankes, saying that after years of struggling to get bigger and better performers, to lose Arts Council funding was a blow to the festival.

Film Organiser, Liz O’Dea said all monies received in grant aid go into the programme which offers such value for money that the Arts Council decision to axe support is hard to fathom.

Contacted by The Irish Times, an Arts Council spokesman declined to comment, saying that the council has a policy of not speaking about any individual organisation seeking funding.