Genocide does not start with gas chamber ‘but with whispers’, says Holocaust survivor 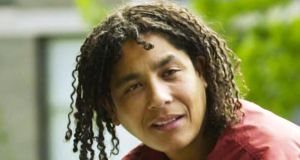 ‘The Voice UK’ singer and anti-racism campaigner Sharon Murphy: “Whatever made you different was used to hurt.” Photograph: Frank Miller/The Irish Times

Speakers at a conference exploring the opportunities for Ireland to develop as a diverse but integrated society will include The Voice UK singer and anti-racism campaigner Sharon Murphy, and Holocaust survivor Tomi Reichental.

The theme of the one-day event at Kilkenny College in Kilkenny is “The New Irish as ‘Us’ - Identity and Integration in Ireland”.

Ms Murphy, who grew up in an orphanage in Co Galway, will speak on the theme of “To be Irish and not ‘Us’” with journalist and psychotherapist Ann O’Sullivan.

Ms O’Sullivan said “we all know about how painful it is to be excluded and if this has consequences for us as individuals then it must also surely have consequences for our societies when we excluded groups and people simply because they are in some way ‘not us’”.

Holocaust survivor Tomi Reichental (80) gives regular talks to school children and youth groups about his experience of Bergen-Belsen concentration camp. Mr Reichental has said he speaks not just about the past but about opening dialogue on issues of today.

“The Holocaust didn’t start with cattle wagons and gas chambers but with whispers, taunts, daubing, abuse, and finally murder. One of the lessons we must learn is to respect difference and reject all forms of racism and discrimination,” he said.

Conference co-ordinator Patricia Rainsford of the Bahá’í faith information office, said that managing diversity was one of the biggest challenges in Irish society today. “Tomi Reichental’s point of view is the same as ours that discrimination starts in the small things in the schoolyard and the classroom,” she said.

Ireland has a “relatively clean sheet” on racism, does not have right-wing political parties and has an opportunity to build a society of inclusion and tolerance, she added

The conference will also put a spotlight on direct provision in a session on “What is asylum and why do we need it”, looking at the differences between asylum and economic migration and will include the experience of Donna Vumah from Zimbabwe who currently lives in direct provision and is seeking asylum in Ireland for herself and her three children.

Dr Akhavan is a former legal advisor to the International Criminal Tribunal at the Hague for former Yugoslavia, Professor of international law at McGill University in Canada and co-founder of the Iran Human Rights Documentation Centre.

His family are members of the Bahá’í minority in Iran. His address will be on the theme “National Identity in a Multicultural World”.