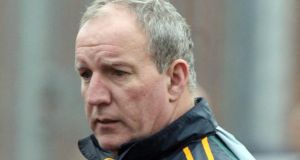 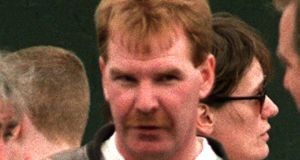 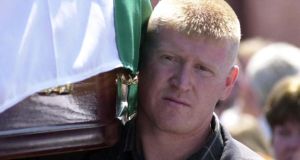 He was one of the republicans who was first to arrive at the scene to support the victim’s family after former IRA commander Gerard “Jock” Davison was murdered in the Markets, in central Belfast, in May.

In 2001, the then DUP East Belfast MP Peter Robinson, under House of Commons parliamentary privilege, accused Mr Gillen of being a member of the IRA army council.

Mr Gillen is reported to have been initially opposed to the IRA ceasefires and the overall peace process, but in the end rather than cast in his lot with dissident republicans decided to hold firm with Gerry Adams and Martin McGuinness.

Bobby Storey (59), from the New Lodge in north Belfast, is the Northern Ireland chairman of Sinn Féin, with an office at Stormont.

He has been involved in the Provisional republican movement since he was a teenager, joining the IRA when he was 16. By the age of 17 he was interned and served two years in Long Kesh. He has served long prison sentences and several stretches on remand.

In 1979 he was arrested in London following a helicopter attempt to free the late IRA leader Brian Keenan from Brixton prison. He was acquitted but was subsequently sentenced to 18 years following a gun attack on two British soldiers.

With current Sinn Féin MLA Gerry Kelly he was one of the leaders of the IRA breakout from the Maze in 1983 in which 38 prisoners escaped.

Eddie Copeland (45), from north Belfast, was one of the senior republicans at the scene shortly after the murder of Gerard “Jock” Davison, to help support the dead man’s family.

He is believed to have become involved in the IRA as a result of the fatal shooting of his father in 1971.

He was among those shot when a British soldier opened fire at mourners outside the home of IRA man Thomas Begley, who was killed while planting the Shankill Road bomb in 1993.

Copeland was a hate figure for loyalist paramilitaries. He was injured but survived a car bomb attack at his home in 1996 and survived other loyalist attempts on his life.

1 Explainer: Did the Taoiseach ignore public health rules by going on a picnic?
2 Coronavirus: Need to move away from the ‘language of blame’ - Holohan says
3 Dig for remains of Red Hugh O’Donnell finds skull and coffins
4 University of Limerick head resigns over personal Covid-19 health concerns
5 Mother may seek orders ending life of daughter in vegetative state
Real news has value SUBSCRIBE