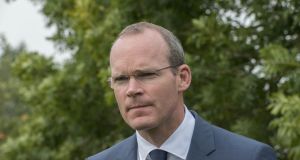 Irish officials have said that Irish neutrality will not be affected by the decision of France to invoke an EU mutual defence clause in the wake of the Paris attacks.

Minister for Defence Simon Coveney was one of 28 EU defence ministers who backed the decision to invoke Article 42.7 of the EU’s Lisbon Treaty at a meeting in Brussels on Tuesday morning.

French president François Hollande referenced the article in his speech to the two houses of the French Parliament in Versailles yesterday, with French defence minister Jean-Yves Le Drian formally requesting the article to be invoked at Tuesday’s meeting. It is the first time the article has been invoked.

The clause states that “if a member state is the victim of armed aggression on its territory, the other member states shall have towards it an obligation of aid and assistance within Article 51 of the United Nations Charter”.

The substance of Article 42.7 was widely debated in the run-up to the Irish referendum on the Lisbon Treaty.

So far there is little indication of what the invocation of the Article might mean in practical terms, with some officials stressing that its import is more likely to be symbolic.

Speaking in Brussels after the decision was taken, EU foreign policy chief Frederica Mogherini said that the Paris attacks had been an attack on civilisation.

She said member states would now offer bilateral assistance to France and the EU would be the “framework” for that support.

Ireland is one of six EU countries that are not members of Nato. However, Irish troops and personnel are involved in a number of CSDP (Common Security and Defence Policy) EU missions.

The meeting on Tuesday took place amid heightened security in Brussels following a number of arrests over Friday’s terrorist attacks in Paris.

A scheduled soccer match between Belgium and Spain this evening has been cancelled due to security concerns.

Belgian foreign minister Didier Reynders said this morning that it is possible fugitive suspect Sahal Abdeslam is still in Belgium. His brother Brahim was one of the suicide bombers who blew themselves up outside Stade de France during.

Another brother, Mohamed, was released from police custody on Monday. He told reporters that he is unaware of his brother’s whereabouts.