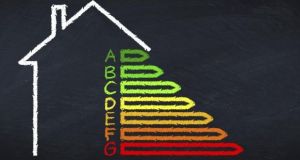 Nama has objected to the inclusion of a requirement for “passive house”, energy efficient homes and commercial buildings being written into the Dun Laoghaire - Rathdown County Development Plan.

Councillors voted 23 to 14 to include the requirement for all new housing and commercial buildings during the current drafting of the County Development Plan 2016 - 2022.

However in a submission on the Dun Laoghaire - Rathdown Draft County Development Plan 2016-2022, Nama said energy requirements for new buildings “should come from national standards and should be removed from the county plan”.

In its submission Nama noted there are currently more than 400 hectares of “serviced and ready” land which could deliver 18,000 housing units, at an average of 43 units per hectare. Nama urged the council to focus on delivery of new homes, saying : “Clearly these lands will have to deliver the heavy lifting in the immediate term, to meet Government requirements on new housing supply”.

Separately the Construction Industry Federation warned increased costs associated with passive houses would mean “very few” new homes would be built in Dun Laoghaire - Rathdown next year, if the new standard was adopted.

Nama controls a large amount of land and property in the Dun Laoghaire - Rathdown administrative area of south Co Dublin, listing assets which include development sites, apartments and commercial buildings in areas such as Foxrock, Shanganagh, Dun Laoghaire, Stillorgan, Dalkey, Rathmichael, Kilternan and Killiney – some of the State’s most valuable development land.

A receiver appointed on behalf of Nama, Danske Bank, Bank of Scotland and AIB recently sold a 160 acre stake in the Cherrywood strategic development zone which will see substantial new home building in coming years.

Hubert Fitzpatrick, a director of both the Irish Homebuilders Association and the Construction Industry Federation, has said the move “will increase the cost of new build even further”.

He said house construction prices were still above the anticipated market value in many areas, having fallen 40 to 50 per cent in recent years. In this environment he said it was “wholly inappropriate” that the council would take action that would “increase further the cost of new build”. If it goes ahead he said “there will be very few houses built in Dun Laoghaire - Rathdown next year”.

Submissions on the draft development plan will now be considered by Dun Laoghaire - Rathdown council management, with a report being prepared for the attention of councillors.

In February councillors voted 23 votes to 14 in favour of the change. Final adoption of the plan is not due until later this year.