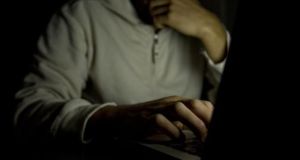 A man has been jailed for six months after he harassed a woman by inserted her photograph on to a pornographic website showing a lookalike in sexual poses.

Stephen Downey (24) from Lissadell, Maryborough Hill, Douglas, in Cork pleaded guilty to harassment of the young woman contrary to the Non-Fatal Offences Against the Person Act on a date in 2014.

Det garda Aonghus Cotter told the court that Downey set up a fictitious social media identity using a made-up woman’s name and he then used pictures from the actual Facebook page of a young woman he knew.

These photos were interspersed with the sexual images of a similar looking woman taken from pornographic sites and the fake site, along with sexual communications, was then shared with over 1,000 men through social media.

Many of those who received such social media communications about the images enquired about meeting the young woman and up to 30 men were told that she lived at a particular house in Cork, said Det Garda Cotter.

Another woman lived at this address with her partner and this couple found men calling to their house with one man appearing to be high on drugs and another sitting in his car outside their house for three hours.

Downey also pleaded guilty to two counts of harassment of this couple, again contrary to the Non-Fatal Offences Against the Person Act, with all three offences occurring between March and August 2014.

“I worked so hard to build my career but Stephen Downey was trashing it exploiting me and my image online,” the woman, a university graduate told Cork Circuit Criminal Court in a victim impact statement.

“I felt in great danger. What if one of these men identified me on a night out? I feel now that I have to continue to prove myself even though I have done nothing wrong. It has been very very difficult.”

The woman, who only learned about the fake site when a friend contacted her, told the court that she felt degraded and ashamed and used in a vile manner and her self-esteem was shattered.

She said she did not know why Downey had done this to her as she had never done anything to him or had any dealings with him and she wondered what pleasure he could have gotten from what he did to her.

Defence barrister, Sinead Behan BL said Downey was totally remorseful but at the time had disassociated from reality and did not appreciate the effect of his actions on real people

She said he had been bullied and felt social isolation and depression and was a vulnerable person and pointed out that he had spared his victim the trauma of a trial by his guilty plea.

Judge Sean Ó Donnabháin said Downey’s behaviour was inexcusable both in its nature and in the length of time for which it went and he had to mark the gravity of the offence with a custodial sentence.

“This was a total misuse of social media and he exposed these women to terrible experiences out of some kind of voyeurism and disconnection,” said Judge O’Donnabhain.

“I accept he is a young man with problems and is showing some better insight into the problems now. He previously got suspended sentences for sexual assaults,” he said as he jailed him for six months.