Interrogations of hooded men were ‘taped’ 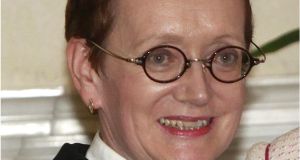 Attorney General Maire Whelan. The Pat Finucane Centre has said it has informed her of this “new evidence”

New documents have been uncovered that confirm interrogations of detainees who became known as the “hooded men” were taped, according to the Pat Finucane Centre (PFC) in Derry.

The human rights organisation said last night it has now informed the Attorney General Maire Whelan of this “new evidence” so she can determine if it can be used in the resumed Irish case against Britain for the alleged torturing of the detainees.

Paul O’Connor of the PFC said it was not known if these tapes were available but the Government could now act to see if they could be obtained to bolster its case against the British government.

Ms Duddy in her letter to Ms Whelan said the PFC did not know if the Government was aware of the tapes when it took its original cases against the British government.

“However we believe the tapes, if still in existence, may provide probative evidence of the torture imposed on the 14 men. The tapes and/or transcripts may also help identify the individual RUC officers involved in carrying out the torture in any future criminal investigation,” she said.

They were allegedly subjected to the so-called five techniques: wall-standing, hooding, subjection to white noise, sleep deprivation and deprivation of food and drink.

It was further alleged that the 14 men were made to believe they were being thrown from helicopters from hundreds of feet in the air when in fact they were thrown to the ground from a relatively short distance.

Following new information the Government is now seeking to reopen the torture case.