Increase in number of Irish travelling to UK for abortions

Figures show 3,735 women with Irish addresses travelled to UK for abortions in 2014 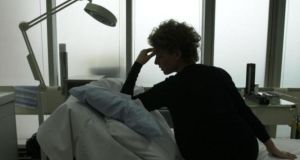 A total of 3,735 Irish residents travelled to to England or Wales last year for abortions, statistics published by the UK Department of Health show.

The 2014 total represents an increase on the 2013 figure of 3,679, the first year-on-year rise in the number of abortions among Irish residents since 2001.

Five Irish residents who travelled to the UK last year had abortions on the grounds of a risk to the life of the pregnant women, after the commencement of the Protection of Life During Pregnancy Act in Ireland on January 1st 2014.

Just under half (47 per cent) of the 3,735 Irish residents were in a relationship but not married, while 30 per cent were single. Almost a fifth – or 18 per cent – were married or in a civil partnership.

A fifth of Irish residents who travelled to England or the UK had had a previous abortion under UK legislation.

A total of 140 abortions were carried out because of congenital conditions.

No abortions to Irish women last year were carried out on the grounds of a cleft lip or cleft palate.

The HSE Crisis Pregnancy Programme acknowledged the increase last year in the number of Irish residents travelling to the UK for abortions but noted the abortion rate had remained stable at 3.8 per 1,000 women between 2013 and 2014.

“The State cannot continue to abdicate its human rights responsibilities. It must now vindicate women’s right to health by reforming its abortion laws through Constitutional means,” he said.

However, Dublin solicitor and deputy chairwoman of the Pro Life Campaign, Cora Sherlock said the statistics did not reflect “ abortion regret”.

“We deserve an open, honest debate in Ireland. That means addressing all of the human stories behind these figures - listening to the testimonies of women who travelled for abortions and now deeply regret the loss of their child”.