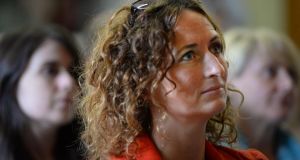 Supporters of genetically modified crops have long argued that GMOs have resulted in cheaper food being produced more quickly, in greater quantities, and with less calories and fat.

Those opposed claim that where GMOs have been used in the USA and India they have promoted herbicide resistance in neighbouring plants, leading to increased use of stronger herbicides. Concerns have also been expressed about the nutritional value of such modified foods and how they might affect ecosystems, including bees and other animals which depend on regular, native crops for their survival.

In future, member states will be allowed to ban GMOs on environmental policy grounds other than the risks to health and the environment already assessed at EU level by the Food Safety Authority.

Member states will also have the power to ban GMO crops for other reasons, such as town and country planning requirements, socio-economic impact and farm-policy objectives.

Further reasons for allowing a prohibition could include avoiding the unintended presence of GMOs in adjacent crops.

MEP Frédérique Ries who introduced the legislation at the European Parliament in Strasbourg, said: “In the past the only option available to member states was . . . to go before the courts if they want to limit or prohibit the cultivation of GMOs.”

The text of the legislation specifically requires national governments to ensure that the crops do not contaminate other products, and it says particular attention should be paid to preventing cross-border contamination with neighbouring countries.

Bans could include groups of GMOs designated by crop or trait such as resistance to herbicides or disease.

However, before a member state may adopt the new measures, the legislation provides for a procedure where states should ask a GMO crop company to consent to a country-specific, territorial ban on its EU-wide marketing authorisation.

But if the company disagrees, the member state may under the legislation impose a ban unilaterally.

Maize is at present the only GM crop cultivated in the EU and the “Amflora” GM potato was banned by the EU General Court in 2013 after an initial green light from the European Commission.

Some opponents of GMOs criticised the new legislation for not going far enough. Dublin MEP Lynn Boylan said the final legislation was a “watered down” version of earlier drafts. She said there were potential loopholes for biotechnology companies to take governments to court.

“It is also disappointing that the liability system has been removed thereby offering no compensation for non GM farmers whose produce is contaminated by GMOs,” said Ms Boylan.

The legislation, informally agreed by parliament and council in December, was originally tabled in 2010, but was then deadlocked for four years due to disagreement between pro- and anti-GMO member states.