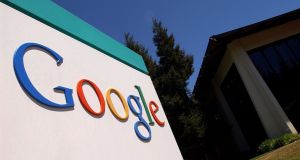 News organisations that generate original content will be protected by copyright against information aggregators, as well as unscrupulous online providers who base their service on pirated information, if proposals from the European Commission become law.

The proposals are contained in a draft directive that seeks to update an earlier one, Copyright in the EU Digital Single Market, from 2001.

The new directive, a late draft of which has been obtained by The Irish Times, proposes to, in effect, give to news publishers the degree of copyright protection that was afforded to authors, performers, the music industry, film-makers and broadcasters in the 2001 directive.

The proposal is part of the so-called digital single market strategy that commission president Jean-Claude Juncker has made a priority of his administration.

The commission vice-president with responsibility for this area, Andrus Ansip, was in Dublin this week meeting the Taoiseach, Enda Kenny, and the Dáil’s European affairs committee.

The new directive is likely to meet stiff resistance from Google, whose Google News service relies wholly on reproducing information gathered, processed and published initially by news organisations, and by Facebook which sees itself as the world’s information platform but is also based on information originated by others.

“There’s going to be a huge pushback from Google and other online platforms, such as news aggregation sites,” predicted Chris Mehigan, a Brussels-based public affairs consultant with Hume Brophy public relations consultants.

In an explanatory memorandum to the draft directive, the commission notes that the internet has become “the main marketplace for the distribution and access to copyright-protected content”.

However, news media copyright holders “face difficulties when seeking to licence their rights and be remunerated for the online distribution of their works”.

It continues: “This could put at risk the development of European creativity and production of creative content.

“It is therefore necessary to guarantee that authors and rightholders receive a fair share of the value that is generated by the use of their work and other subject matter.

“News publishers are facing difficulties in licensing their publications online and obtaining a fair share of the value they generate. This could ultimately affect citizens’ access to information.

“This proposal provides for a new right for news publishers aiming at facilitating online licensing of their publications, the recouping of their investment and the online enforcement of their rights.”

The directive says that news publishers will have the same rights as granted to others in the 2001 directive “for the online use of their news organisations”.

For newspaper publishers watching helplessly as others pirate their material, the draft directive may not be quite the panacea for which they have longed.

This is because the new directive also embraces the exceptions and limitations outlined in the 2001 directive.

That directive says copyright may not apply in some circumstances to the reproduction of material “as long as the source, including the author’s name, is indicated, or use of works or other subject matter in connection with the reporting of current events”.

The draft new directive sets out to establish an important principle, says Mehigan: “If you put a piece up on a news site, especially the work of a columnist, an opinion piece, a piece of substantial original work such as a feature, an interview or an investigation, you have the sole rights of reproduction.”

If the draft directive is signed off by the commission on September 21st, it will then go through the European Parliament and the council of relevant ministers from member states where it can be amended and is likely to be the subject of intense lobbying by vested interests.