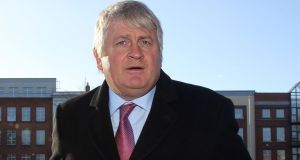 Below is a selection of quotes from Denis O’Brien’s comment piece in today’s Irish Times:

Denis O’Brien on his relationship with Anglo Irish Bank/IBRC: “I had been a customer of Anglo Irish bank since 1990. It was a very good relationship. I had always repaid my loans and all interest and met all my promises and undertakings. I was a performing borrower paying a full margin.”

On the media coverage surrounding the RTÉ High Court injunction: “For me this was an intrusion too far. Over the past several years, some of the media in Ireland has become more and more vicious and invasive and this was a deliberate attempt to misrepresent my personal banking relationship.”

On banking confidentiality: “Maybe I am old-fashioned but I operate on the basis that a client’s relationship with its bank is at all times confidential. Where would we be in Ireland if four million people had to make public all their banking relationships?”

On his banking details being deemed in the public interest: “It has been suggested that my banking affairs are of public interest. I refute that. Where does public interest begin or end? I am a private citizen. Can I presume my medical records will be sought, twisted and turned for public consumption next, just as happened with my wife’s medical records at the Moriarty tribunal in 2002?”

Mr O’Brien on Catherine Murphy’s statement in the Dáil last week: “Deputy Murphy mysteriously obtained copies of the same or other files in the intervening period. Since then, she has repeatedly made erroneous and untruthful statements about my banking relationship. Deputy Murphy has used the files to attempt to damage me and to gain notoriety and political advantage for herself.”

On Dáil privilege: “I agree that Dáil privilege is an important component of our democracy; however, there is a parallel duty of care on the TDs and Senators to use this privilege with integrity under the guidance of the Ceann Comhairle.”

On Michael McDowell’s comments: “They need to be taken with a grain of salt. He worked for months for the Moriarty tribunal for free and never sent them a bill. Also, he was on a long-term retainer from Independent News & Media and Tony O’Reilly for many years. He always has something to say about me but underlying everything you have to look at his agenda, which he always fails to declare.”

On the “Ansbacher names”: “What I find curious is that Deputy Martin would lambaste Sinn Féin TD Mary Lou McDonald for releasing the names of individuals wrongly associated with the Ansbacher tax-avoidance scheme. I have never seen the Fianna Fáil leader as animated as he shot from both barrels last December in the Dáil at Deputy McDonald over the totally unacceptable releasing of alleged “Ansbacher names” of former cabinet and Fianna Fáil colleagues. I have real sympathy for those named.”

On the SiteServ deal: “I decided to buy a number of companies to keep some of them Irish, to preserve and grow employment and to seek opportunities for these businesses to develop in Ireland and overseas. To be categorical, we have nothing to hide and would welcome an early review of this.”

On the Irish banking recovery:

“I took a decision that Digicel would repatriate its cash deposits from US banks amounting to more than $600 million and place them with two Irish banks as a vote of confidence. I wanted to make a significant financial gesture of support at home. This was to show solidarity with Ireland.”

On recent days: “I have never experienced the level of abuse, venom and hatred resulting from taking a stand to protect privacy in relation to my financial affairs. Over time I do really hope that the anger and nastiness which fuels the current discord will abate and be replaced by a positive and constructive outlook for the country. I will always be proud to be Irish, optimistic and a republican with a small ‘r’.”

1 Young homeless mother may have been dead in tent for a number of days
2 Bodies of mother and two children removed from south Dublin house
3 Aldi, Lidl bow to pressure to ban non-essential ‘middle aisle’ sales
4 The real Contagion virus is out there and it’s causing virologists to worry
5 Europe enforces restrictions to avoid ‘millions’ of deaths
Real news has value SUBSCRIBE