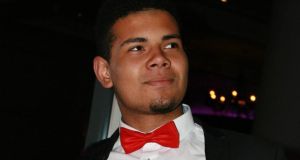 Alex Ryan, from Old Coach Road in Millstreet, died after consuming a deadly synthetic drug at a house party.

Gardaí investigating the death of a teenager, who consumed a deadly synthetic drug at a house party in Cork, are awaiting the results of a post-mortem for inclusion in a file they are sending to the DPP.

Gardai expect that a post-mortem due to be carried out on Monday by Assistant State Pathologist Dr Margaret Bolster will confirm Alex Ryan died from consuming a synthetic drug of the 2C family.

It’s expected that toxicology tests taken at post-mortem may take a number of weeks to confirm the exact form of the synthetic drug consumed by Mr Ryan at a house party in Cork city.

Mr Ryan had been on a life support machine at Cork University Hospital after taking ill at the house party at St Patrick’s Terrace on Green Street in Greenmount early last Tuesday morning.

On Saturday his life support was switched off and Mr Ryan, from Old Coach Road in Millstreet, died with his mother Irena and his sister Nicole by his bedside in the hospital’s Intensive Care Unit.

Investigating gardaí believe Mr Ryan took ill after he snorted a powdered form of a psychedelic phenethylamine derivative, I25I-NBOMe, which has a street name of N Bomb.

Mr Ryan was a past pupil of Millstreet Community School and grew up in the North Cork town after his mother moved there from the Ukraine in the 1990s.

Five other people – four males and a female – who swallowed the same powdered drug also took ill and were also rushed to CUH, but they were later discharged after receiving treatment at the hospital.

The incident has led the HSE to issue a warning that the 2C family of psychedelic phenethylamine designer drugs, including 2CP, 2CB, 2CI and its derivative 25I-NBOMe, are all highly dangerous.

The HSE said that these drugs can be sold in liquid, powder and tablet form and are consumed at parties or clubs for their stimulant, mood altering and, in some cases, aphrodisiac effect.

However, it is generally reported that these drugs can have serious side effects both from a psychological and physical viewpoint, said the HSE in a statement issued before Mr Ryan died.

Meanwhile, the HSE have confirmed that Mr Ryan’s family requested hospital management at CUH to convey their desire for privacy followiing the death of their son and brother.