Remember to do resistance training 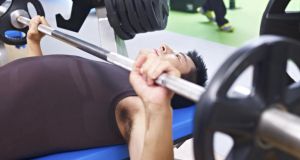 Could resistance training with weights help to boost memory? A new study from the US suggests a link.

The researchers at Georgia Tech asked healthy young adult volunteers to look at a range of pictures, then some of the volunteers did resistance exercises in the form of knee extensions using gym equipment for about 20 minutes while others allowed the machine to move their legs but they did not put in effort.

When the volunteers were asked to recall the pictures 48 hours later, those who had worked during the exercise remembered slightly more accurately (an improvement of about 10 per cent) than those who had coasted through the session.

It’s a small study, but perhaps it’s yet another incentive to work those muscles!

3:19 Dentists report surge in teeth grinding and cracking due to pandemic stress