Protection of Life during Pregnancy Bill 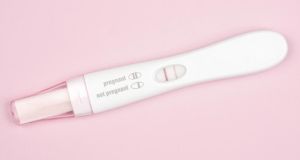 The current abortion debate exposes deep-rooted misogynistic and sexist attitudes to Irish women’s reproductive health and rights. First, there is the language used. Anti-abortion commentators consistently use phrases such as “abortion on demand” and “opening the floodgates”. This choice of words conjures up images of strident women presenting themselves en masse for pregnancy terminations and scares people with a vision of a future Ireland strewn with dead foetuses. The less inflammatory terminology used by organisations such as the UN and the WHO is “abortion on request”. This means that women have the right to ask for an abortion and health professionals agree or not depending on the medical procedures permitted by the law of the land. Here, doctors decide and will continue to decide after the Protection of Life during Pregnancy Bill becomes law.

Dislike of women and mistrust of their decision-making processes is obvious in every media debate on the new abortion Bill. Nothing else explains the hysterical claims of anti-abortion campaigners which have no basis in fact. The notion that women queue up to have their pregnancies terminated when abortion is available is misogynistic and untrue. There is no evidence that legalising abortion in a variety of circumstances, even on request, determines the abortion rates of any country.

The UN World Abortion Policies 2013 report shows that Croatia, which allows abortion in seven circumstances including: to save a woman’s life, to preserve her physical and mental health, in cases of rape or incest, because of foetal impairment, for economic and social reasons, and on request, has almost the same abortion rate as Ireland, 4.7 and 4.5 respectively per 1,000 women aged 15 to 44. Austria, which allows abortion in the same circumstances, has an extremely low rate of 1.4.

The highest rates in the EU are found in Romania (21.3) and Estonia (25.5) where abortions are also permitted. Germany, Portugal, Netherlands and Italy, where abortion is allowed in the same seven circumstances, have rates of between six and 10 per 1,000 women aged 15 to 44. Whether or not a woman chooses an abortion depends on a lot more than what is legally allowed. Sex education, availability of contraception, and cultural norms, are more important determinants.

Why is Ireland so determined to deny women full rights over their reproductive health? The simple answer is fear. Like it or not there is a widespread belief that unless the powerful ability to become pregnant and have a child is controlled by the State, Pandora’s jar will open, unleashing all kinds of pestilences and chaos. Everything was great until Eve came along. These myths are at the root of the misogyny and sexism prevalent at every level of Irish society. Because women can’t be trusted their reproductive health must be controlled.

All EU countries, with the exception of Ireland and Malta, allow abortion to preserve a woman’s physical and mental health, and in cases of rape, incest, and foetal impairment. Irish women are forced to continue with a pregnancy when their physical and mental health is at risk or they are carrying a non-viable foetus. Unfortunately the Protection of Life during Pregnancy Bill 2013 will not protect or vindicate women’s reproductive rights. The name change – removing the word “maternal” from the title – means there is still ambiguity about whether the woman’s life or that of the foetus is prioritised. It is only a matter of time before another Irish woman asks the European Court of Human Rights to protect and vindicate her right to terminate a pregnancy because her health, as distinct from her life, is not protected by the proposed legislation. In the meantime, Irish women will have to rely on the kindness of strangers in the UK.