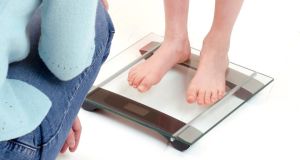 A ban on advertising sugary drinks to children has been called for by the Royal College of Physicians of Ireland’s (RCPI) policy group on obesity.

The group highlights Coca Cola’s “Share a Coke” campaign and said under-12s were particularly vulnerable to such targeted marketing.

Coca Cola puts names on its labels which prompts children to search for their own names on the bottles.

Co-chair of the policy group, Prof Donal O’Shea, a consultant endocrinologist, said Coca Cola had an expressed commitment not to market its products to under-12s, “yet almost all of the 100 most popular names of seven to eight-year-olds are included in their campaign”.

He said this was an example of the food and drinks industry at its best: “A hugely successful campaign, and one that fails to meet Coca Cola’s own standards for responsible marketing.”

The group also wants a 20 per cent tax on sugary drinks in the budget.

In the paper The Race We Don’t Want to Win, the group said children must be protected from slick marketing campaigns for food and drink that contribute to obesity.

Prof O’Shea said sugary drinks were a major contributor to childhood weight-gain: “There should be a ban on the marketing of these, and similar products, to children.”

“Obesity costs the State billions every year. Can we afford not to ban irresponsible and harmful advertising to children,” asked Prof O’Shea. “We cannot expect that industry will take this responsibility on itself.”

His co-chair, public health specialist Prof Catherine Hayes, said: “In addition to adopting a stricter stance in relation to marketing of food to children, there is a need to prioritise healthy eating and physical activity particularly in education settings.”

She said health professionals must give consistent, clear and helpful advice on diet and exercise from before conception, in pregnancy and infancy.

Prof John Crowe, president of the RCPI, welcomed the policy paper and said the college included weight management in its training for doctors.