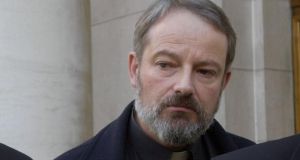 Fr Kevin Doran: ‘The issue is broader than just abortion. What’s happening is the Minister is saying hospitals are not entitled to have an ethos.’ Photograph: Moya Nolan

The Mater hospital in Dublin “cannot comply” with the Protection of Life During Pregnancy Act and cannot carry out abortions, a member of its board of governors has said.

Fr Kevin Doran was speaking to The Irish Times as the board prepares to meet in the coming weeks to discuss how or whether the hospital will abide by the legislation.

The Mater Misericordiae University Hospital is one of 25 “appropriate institutions” named in the Act where abortions may be carried out to save the life of a pregnant woman.

Mission statement
A Catholic voluntary hospital, part-owned by the Sisters of Mercy who founded it in 1861, the Mater is managed by the board of governors independent of the HSE.

In its mission statement, the hospital says that by caring for the sick, “we participate in the healing ministry of Jesus Christ”.

Fr Doran, who sits on the board of governors and the board of directors of the Mater, said it was “incumbent on the hospital to consider its position on the Act . . . The Mater can’t carry out abortions because it goes against its ethos. I would be very concerned that the Minister [for Health, James Reilly] sees fit to make it impossible for hospitals to have their own ethos.

“The issue is broader than just abortion. What’s happening is the Minister is saying hospitals are not entitled to have an ethos.”

Serious discussion
Asked his view of what should happen if the board were to decide it would comply with the legislation, Fr Doran said: “I suppose I can assume there would be very serious discussion between the Archbishop [of Dublin Dr Diarmuid Martin] and the management of the hospital.”

Sr Eugene Nolan, nurse tutor and member of the board of directors, described the situation facing the hospital as “very, very grave”, adding the legislation “is being imposed on us.

“It is against our ethos. The main thing is we have an obligation to preserve the ethos of the hospital and still try and do the best we can. [The legislation] will have to be looked at very carefully.”

A spokesman for the hospital said it had no formal position as yet on the legislation. “It is going to be discussed by the board of governors in the coming weeks.”

St Vincent’s University Hospital, Dublin, is also a Catholic voluntary hospital, part- owned and part-managed by the Sisters of Charity. It is also named in the legislation as an “appropriate institution” to perform abortions.

Its mission, says the hospital website, is to provide care and treatment “through the continuance and furtherance of the ethos, aims and purposes of the Congregation of the Religious Sisters of Charity”.

A spokesman for St Vincent’s Healthcare Group said it would “as always, be following the law of the land”.