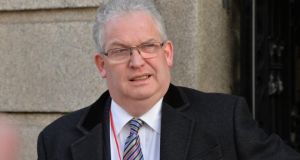 Tony O’Brien, director general of the HSE: “We do not get everything right and when we do not we must learn from our mistakes.” Photograph: Alan Betson/The Irish Times

Only one-quarter of food businesses visited by HSE inspectors last year were deemed to be operating satisfactorily for hygiene and food safety, according to the HSE annual report for 2013, which has just been published.

The HSE dealt with more than 650 infectious disease outbreaks, some involving more than a hundred people. The report notes a rise in some forms of bacteria commonly associated with food poisoning. For example, the number of VTEC (verocytotoxigenic E.coli) cases rose to more than 700, from 530 in 2012.

The report also says more than 1,000 people were diagnosed with gonorrhoea last year. The number of cases increased by 33 per cent in 2012, while young men and women aged 17 to 29 years have been identified as being particularly at risk.

The report shows that while targets are being achieved for treating breast and lung cancer, just 55 per cent of patients with prostate cancer are being offered an appointment within 20 working days of referral, compared to a target of 90 per cent. Rapid access clinics in Waterford, Limerick and Cork are experiencing “particular pressures”, but approval has been given for additional urologist posts.

HSE director general Tony O’Brien says the health service is continuing to implement what it is learning from reports into the death of Savita Halappanavar and, in Britain, into the Mid-Staffordshire trust inquiry. “We do not get everything right and when we do not we must learn from our mistakes,” he said.