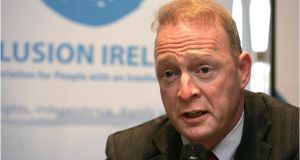 The chief executive of Irish Autism Action (IAA) has defended the charity’s financial controls and said it would continue to provide outreach services at a “sustainable” level after recent cutbacks.

Brian Murnane was responding to criticism from parents of autistic children about the level of detail provided in the charity’s accounts, and of cuts in supports.

At the start of 2016, 17 families were receiving outreach supports, and this has since been reduced to two families. Moreover, the IAA’s helpline is now only manned sporadically during the week by one of its three part-time staff.

In a statement, Mr Murnane said: “The charity has not reverted to advocacy work only, it still provides a range of services.”

If the decision were made to revert solely to advocacy work, the IAA board of directors would have to “consider the appropriateness” of the €20 membership charge, he added.

On Friday, Early Childhood Ireland announced that it has withheld €300,000 in donations from its National Pyjama Day event which was intended for the IAA until the charity provides specific assurances over how the monies will be spent.

“We met with IAA on 13th July, putting a number of serious questions to them. We raised questions about sustainability, governance, leadership, organisational expertise, among others,” read a statement from Early Childhood Ireland.

“We also made it clear to IAA that none of the funds raised via PJ Day 2016 will be handed over until we get assurances regarding their financial situation, their sustainability and their ability to deliver on their proposal for this money.”

The IAA previously received €312,000 from the 2015 Pyjama Day and Early Childhood Ireland has asked for a “clear breakdown” of how it was spent ahead of an upcoming board meeting.

Mr Murnane said members of IAA were given a comprehensive set of financial statements at AGMs but so far only general audited accounts had been publicly released.

“Formal budgets were and always were prepared under multiple revenue level scenarios,” he said.

“As these are agreed well in advance of our financial year, the budget is eventually replaced by a rolling forecast, which updates the budget with actuals to date and any changes in expectations for the future,” he added.

Parents of autistic children have criticised the fact that the accounts only give a broad indication of cash flows and do not provide a detailed breakdown for expenditure or its wage bill of over €270,000 in 2014.

“There’s major concerns for a lot of members... Members want to see a breakdown of accounts. We know how much is being spent on wages - but where are the wages and who is getting what,” said Vicky Pullen, who cares for two autistic children.

Ms Pullen is a leading member of the “Irish Autism Mammys” Facebook page which has 1,500 members- mostly derived from the IAA’s membership- and the group is now seeking to set up a meeting with Minister for Health Simon Harris to discuss the provision of autism services in Ireland. The parents also say they intend to cancel their memberships unless the group explains its finances.

Meanwhile, Nestlé has indicated it has no concerns regarding over €100,000 which has been raised by its employees for the IAA since 2014.

“The €108,277 funds raised by staff since [2014]have provided almost 4,000 hours of autism support services including individual behavioural support and therapeutic sessions. This has been verified by IAA,” said a spokeswoman.