‘If we jumped straight to referendum, it could be very polarised,’ says Minister for Health 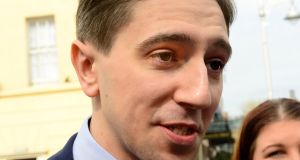 Minister for Health Simon Harris says that the current situation on abortion in relation to fatal foetal abnormality is unacceptable, but the legal advice the Government has received is that the issue is a constitutional matter.

He told Newstalk Breakfast that the issue surrounding the decision to repeal the Eighth Amendment will be the first issue the citizens’ assembly will address.

The Minister said the citizens’ assembly was not a stalling tactic and “the current situation is utterly unacceptable”.

He said: “This Government will address the issue. It is not up to me or Enda Kenny, it is for the Irish people.

“It is not for me to dictate the terms of the citizens’ assembly. If we jumped straight to a referendum, it could be very polarised.

“With the citizens’ assembly there will be an informed position.”

On Friday, Enda Kenny said there is a need to gauge a consensus for change among Irish people in relation to abortion.

“This is something that is so traumatic and sensitive and personal for some people and families,” he said.

“It has divided Irish society for a long time. I myself have struggled with this. It’s a profound issue.”

He said: “This is really about understanding that change to Constitution requires a measure of understanding.

“In this case it’s my view it’s important to determine what level of consensus there is for change,” he said.

On Monday, Mr Harris also told the programme he wanted to be judged on his ability and not on his age.

On the issue of free GP care for Under 12s, he says it will happen, but that it cannot be done without a new GP contract. “It is an absolute priority of mine,” he said.