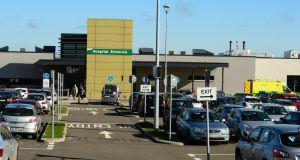 The operation of the State’s national bowel screening programme is under scrutiny following controversy over a number of missed cancers at Wexford hospital.

The number of missed cancers found during a review of patients who underwent colonoscopies at the hospital in 2013 and 2014 stands at 13, with one probable death that could have been avoided.

The review is understood to raise a number of issues in relation to the BowelScreen programme.

These issues relate to the criteria used to audit the performances of the doctors assessing the results of colonoscopies, as well as the length of time elapsing between contacts with patients.

The HSE has expressed regret for any distress which has resulted for patients and “all other parties” following the review.

“In managing this matter, the priority was to address any patient concerns.

“This has been completed and patients [and their families] have received full and open disclosure,” a spokeswoman said.

“The public can be assured that we have acted quickly to ensure the safety of services in the hospital concerned.”

She expressed concern that information about an ongoing confidential review has come into the public domain without authorisation.

She said all relevant personnel are cooperating fully with the review.

The doctor at the centre of the controversy has expressed unhappiness about the disclosure of information in relation to the review, according to sources in the health service.

There is also concern the publicity could leave the review process open to challenge.

The HSE spokeswoman defended the performance of BowelScreen, saying it is one of the most clinically effective public health interventions in the health service.

Since the programme started in 2012, more than 523,000 men and women have been invited to participate in BowelScreen, and more than 200,000 have been screened through a home test kit, which is then sent to a lab.

The vast majority of those screened are given the all-clear, but 7,524 colonoscopies have been performed under the programme.

These colonoscopies have detected 400 cancers and resulted in the removal of almost 11,000 pre-cancerous growths in a further 3,800 men and women.

The HSE also said all screening sites for endoscopy services in the State are internationally accredited.

It said a quality improvement programme is also underway to ensure all doctors operate within agreed standards for procedures.

The system is not live in all hospitals but will be by the end of this year, the spokeswoman said.

Each year almost 2,500 people are diagnosed with bowel cancer, of which 1,000 die from the disease.

This makes bowel cancer the second most common cause of cancer death in the State.

To address this, BowelScreen was rolled out to check those between the ages of 60-69 who are at high risk.

The uptake for the programme, at 44 per cent for women and 36 per cent for men, is far lower than for other screening programmes.