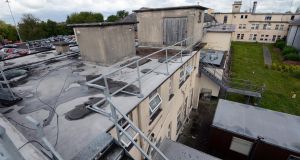 Affordable housing and extra salary increments should be provided to help the new national children’s hospital recruit key nursing staff, according to the head of the project.

Dublin City Council and the HSE should use their landbanks for the provision of “key worker accommodation” for critically needed staff near the hospital in Dublin’s south-east inner city, the chief executive of the Children’s Hospital Board, Eilish Hardiman, has said.

Ms Hardiman says recruitment of highly qualified staff will be a challenge for the hospital, which will require 600 additional employees when it opens its doors in 2020.

In many cities, nurses are accommodated in apartments near their hospitals in order to ensure a supply of qualified staff, she says. “We need to value staff, and public policy needs to reflect that.”

Highly skilled nurses in specialised areas such as intensive care and theatre are being penalised by current pay arrangements, she believes. This is because all paediatric nurses qualify for a specialist allowance but cannot qualify for a separate location allowance under rules set down by the Commission on Nursing.

“I think there’s a problem there. These nurses – about 100-150 of them – are the creme de la creme dealing with the sickest children. They’re highly committed, and they tend to stay. We need to look at nurses’ pay,” says Ms Hardiman, who was paid a London weighting allowance during her own nursing career when she worked in the British capital.

Bids close next week from the five consortiums shortlisted to build the €710 million project, and a recommendation will go from the project team to Government by the end of the year.

The site at the Rialto end of the St James’s campus is currently being cleared. Ms Hardiman, in an interview with The Irish Times, says nothing of archaeological significance has been found during this work. “We found some bones, but they turned out to be dog bones.”

She says concerns expressed in some quarters about access to the site are “based on myths”. The biggest contributor to rush-hour traffic around St James’s is staff commuting but the removal of 300 staff car parking spaces this summer has resulted in a “remarkable” improvement in traffic flow.